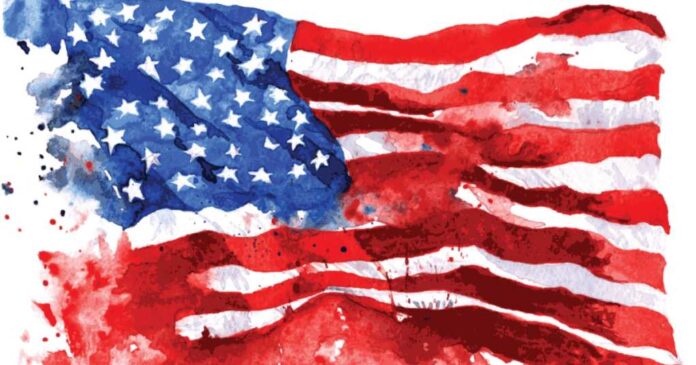 If you’ve listened to the liberal left for any real amount of time, you know that one of their major complaints about our nation is the large and ever-widening gap between the rich and the poor. As a result, they are constantly going on and on about how we need to take more from the rich and give to the poor, or at least to the government, so they can supposedly give to the poor.

It’s one of the many reasons they absolutely abhorred President Donald Trump and still do, because he’s part of that upper class they feel isn’t paying their “fair share,” as Obama once referred to it. Of course, he’s also a Republican, which they have long classified as the “party of the rich.”

It’s also why democratic socialists like Bernie Sanders, Alexandria Ocasio-Cortez, and Elizabeth Warren are consistently talking about ways in which we can make things more equal for all.

But there’s a major flaw with this line of thinking.

To put it rather bluntly, data shows that the more liberal a state is, the more likely there is to be vast inequality.

According to statistical regression analysis by the Daily Wire of data from the latest US Census, states with the most inequality or the largest income gap between upper and lower/middle classes just happen to be liberally led ones… Oops.

For the purpose of the analysis, the Daily Wire only focused on the most liberal versus the most conservative states. To determine this classification, the outlet selected states where one party controls both legislature and the governor’s office. They were then ordered by the number of state legislature seats held by that ruling party.

Unsurprisingly, Hawaii is the most liberal by far. However, it was excluded because it is not part of the US mainland and is subject to unique economic forces.

Next up on the liberal side is Rhode Island. According to the Daily Wire, 87 percent of their legislature is Democratic. California falls next in line, followed by New York and then Delaware.

On the opposite end of the spectrum, the most conservative state is South Dakota, whose legislature is 90 percent, Republican. Wyoming, North Dakota, and Idaho follow it.

Now onto which states had the biggest inequality gaps:

“New York, Connecticut, and California had the biggest gulf between rich and poor.”

The outlet notes that this was deciphered using what is called the Gini Index, which the Census Bureau uses to measure how from “perfect equality” an area is. Perfect equality is when everyone receives an equal or the same share.

In contrast, Utah, Indiana, and South Dakota had the least inequality of all states.

Hmmm, that’s odd, right? It’s not what the Democrats have been proclaiming for years as if their way is the best and most “equal” for all.

What’s even more astounding is for all the liberals’ insistence that conservatives are racist and they are the party of inclusion, it was in Democratic states where minorities made much, much less than their white peers.

Hispanics in Rhode Island, New York, and Connecticut saw the largest inequality gap. In six of the top ten most liberal states, the gap between foreign-born residents and whites was larger than in any red state on the map.

As the outlet pointed out, foreign-born residents in California typically only make a third of what native Californians do. In contrast, the average black resident in Idaho makes 85 percent as much as their white counterparts. This is the closest thing to racial equity in any state. In Indiana, Hispanics made nearly 90 percent of what whites do.

But it’s somehow Republican states doing things all wrong and not being inclusive.

Perhaps this is because when poverty is measured, a uniform dollar amount is set as the poverty line, which is very misleading because some areas and states simply have a much higher or lower standard of living.

Urban California, for example, shows people making much more money than those living in rural Alabama. But it should also be noted that rent, home prices, gasoline, and just about everything are also more expensive. Additionally, the analysis found that substantially more people own their homes in red states than blue ones, as rent is far more economical than buying.

In summary, the narrative liberals have been telling for years that their party is more equal just isn’t true—no wonder the American people can no longer trust them.