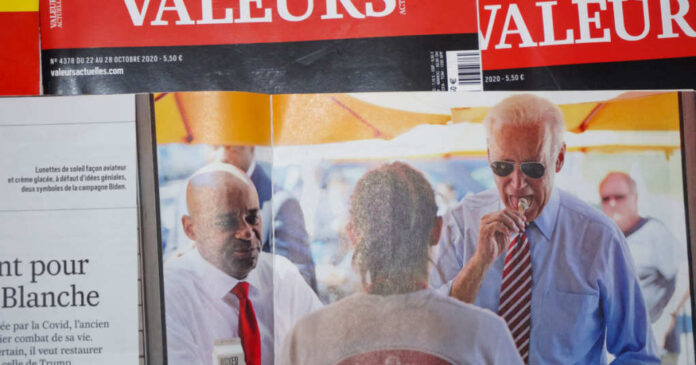 President Joe Biden thinks that the rising pricing is nothing but a joke. Somewhere along the line, he has led himself to believe that inflation is a healthy part of a strong economy. He does not feel the sting of the higher prices because he sits sheltered in the White House, disconnected from the American people.

The clueless old man decided he wanted to get some ice cream. He dragged his royal rump out of his self-imposed throne room long enough to make his way to an ice cream stand. There, a reporter began to question him about the state of the economy. And the answers he gave were comical at best.

Biden had to brag that he believes the economy is in a sweet spot. He thinks the high inflation rate is a clear sign that everything is going as planned. And while he licked away his troubles, he revealed where his true loyalties reside.

His betrayal of the American people makes no sense at all. He is supposed to care about the state of the Union and not so much about his foreign buddies across the Pacific. The only thing Biden has done is allow communist China to gain a foothold in the American economy as they try to take the lead as an economic force in the world.

The president’s backroom foreign politics does not help America. His strategy is to doom America to become subservient to other foreign powers.

The fact that Biden had to ask the reporter if he understood shows that the president did not understand what he was doing. The insanity of basing the economy’s strength on the price of his weekly ice cream cone is Democratic economics 101.

The Daily Wire reported the president saying, “Our economy is strong as hell. The internal — inflation is worldwide, it’s worse off everywhere else than it is in the United States. So the problem is a lack of economic growth and sound policy in other countries, not so much ours. It’s worldwide inflation, that’s a consequence of —”

The president never finished what he was going to say because he realized that he was letting his secrets out. The inflation problem is not one of poor economics around the world. It is the result of the Democratic Party cheating it’s way into power and damaging the dollar’s strength that the rest of the world depends on for stability.

The lunatic in the White House can only make up lies to cover up the mess he has made of the economy. He has his people find ways of reporting the inflation rate is falling. But the truth is that the rate has remained at 8 percent for the past several years.

Biden wanted to set records as the president, and he has done precisely what he set out to do. The inflation rate and high prices have beaten out previous records over the past four decades.

He has made life difficult for all Americans by targeting the things people depend on for prosperity. He has messed around with the nation’s need for cheap energy, reliable transportation, and basic daily needs such as food and supplies. And now those things are high priced or in danger of becoming extinct.

The childish president has come to believe his lies about the actual state of the Union. The inflated ice cream cone he enjoys on his walks was brought to him compliments of the American taxpayer. He will never realize his bad decision-making skills until he steps out of office. And by then, he will not even remember those days because of the illness his Democratic brethren love to shield him from.