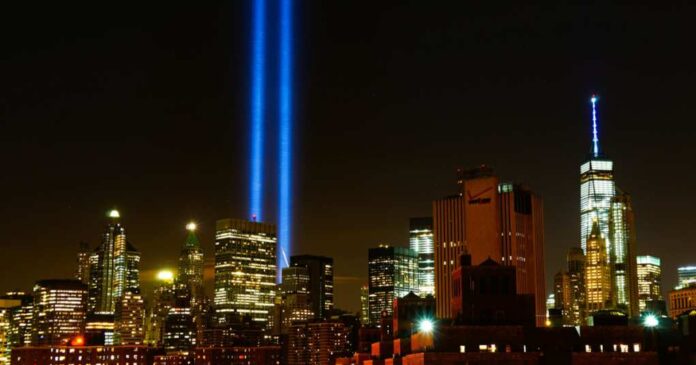 Democratic President Joe Biden might be about as stereotypical as an old white politician can be. But he wants you to know that he’s not about racism, despite his many racial slurs and inappropriate comments over the years.

How does he prove that? Well, by hiring a “diverse” staff and cabinet, for one. And by ensuring that no small number of those individuals are so diverse that they see things like critical race theory as OK and police as wrong.

You might remember CRT was found to be rather prevalent in US military academies, requiring students to both read and learn about the “privilege” of whites and how that privilege needs to be checked constantly, as whites are also somehow inherently evil just for having a lack of pigmentation.

When questioned about this, Biden-appointed Defense Secretary Lloyd Austin was rather vague in either admitting that CRT was being taught in military academies or that something should be done about it.

As the Washington Examiner reported, Austin said, “We’re not going to spend too much time debating the merits of this theory or any other theory. We’re going to stay focused on making sure that we create the right force to defend this country and promote our values.”

In other words, he neither admitted nor denied that critical race theory was being taught to our newest cadets. And then he said he basically didn’t care.

More recently, concerning reports about another Biden-appointed pentagon worker have been made known.

Enter Kelisa Wing. According to Fox News, she is a “diversity, equity and inclusion chief at the Pentagon’s education wing – the Department of Defense Education Activity (DoDEA).”

One of her favorite books, as she has promoted it on a number of occasions, is “Between the World and Me” by Ta-Nehisi Coates. If you’ve ever heard of it, you’ll know it’s a staunchly anti-police book. Within its pages is a supposed first-hand account by Coates of the 9/11 attack on the Pentagon.

But rather than describing the horrors inflicted by anti-American radicalists, Coates goes on a rampage and warpath against those who arrived on the devasting scene to help her out.

Coates wrote, “They were not human to me. Black, white, or whatever, they were menaces of nature; they were the fire, the comet, the storm, which could – with no justification – shatter my body.”

Again, she’s not talking about the hijackers of the planes, which were devastatingly brought down that fateful day. Instead, she’s talking about firefighters, EMTs, police officers, etc., who showed up, many of them voluntarily to protect and serve, to support, to offer aid, and just to hold their hand amid the horrors they were all experiencing.

And yet, these people were characterized as “menaces.”

Furthermore, Wing, a woman in charge of deciding our defensive education, likes this book and what it says.

If that isn’t terrifying, I don’t know what is.

And it gets worse.

Additionally, Wing has made several comments during her tenure at the Pentagon that suggests she’s anything but unbiased regarding skin color.

In one instance, she ranted about how a woman once told her that “black people can be racist too.” According to Wing, she had to stop the meeting to give the “Karen” a piece of her mind, saying, “we are not the majority, we don’t have power.”

Well, if that isn’t racist, I don’t know what is.

Since then, she’s made a number of other similar comments, all suggesting that her skin color makes her better and entitles her. In fact, she’s made enough of them that no less than 22 House Republicans have come together to demand that “immediate action” be taken to investigate her “egregious bias.”

Of course, it’s not exactly likely this will happen. The man to agree to such is none other than Lloyd Austin, who has already proved himself OK with supporting and even promoting Marxist-inspired theories and ideals.

No wonder our military, as of late, is lacking when it comes to actual skill and technique. But they’re as woke as can be by golly, aren’t they?