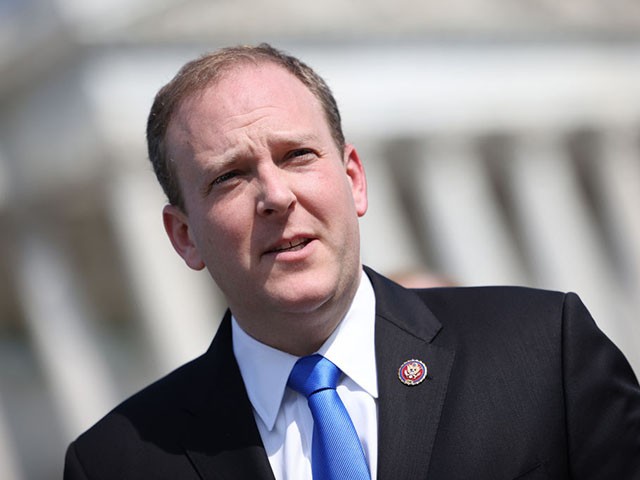 A recent survey from co/efficient sent a shockwave throughout the political world, as it showed Republican gubernatorial candidate Zeldin taking the lead against Democrat Gov. Hochul less than three weeks from Election Day. However, Zeldin is warning Republicans against letting their guard down, even though the momentum appears to be with them.

“The energy, the momentum, [and] issues are on our side. They have always been on our side. And we’re campaigning hard to win this race to save the state,” he said, explaining that New Yorkers feel the lack of leadership in the state.

“So a new poll just came out yesterday that had us taking a small lead. This is a virtual tie, it was — it was that close, but we were just ahead. And you know, my message to all our supporters out there, wherever you are, is that we need to work harder now,” he said, explaining that they need “everybody behind paddling” to create the wave “until the polls close on election night.”

If he is able to secure a victory in the state, it would send a clear message that the “Democratic Party has gone too far left,” Zeldin said.

“They’re alienating their own every single day. I have people who come up to me telling me they’re a Democrat, lifelong Democrat, always voted Democrat, but this year they’re voting for me,” he said, noting that others have made it clear that they plan to flee if the state does not reverse course.

“There’s a desire for balance in this blue state,” he said, adding that a Zeldin victory would tell the Democrat establishment that the “status quo is just unacceptable.”

New Yorkers ultimately want to be “more safe on our streets and in our subways,” he said.

“They want to support law enforcement, and they want to roll back some of these pro-criminal laws,” he said, noting that he would fire District Attorney Alvin Bragg, just as a start.

Indeed, Zeldin said crime is the number one issue for “a lot” of New Yorkers, but the economy and inflation also top the list of concerns.

“It’s really all about the breaking point and understanding why does New York lead the entire nation in population loss,” he said. “And it’s because of attacks on wallets, on safety, on freedom, in some respects, the quality of education, and that’s why New Yorkers are deciding that they’re done.”

There is a disconnect, he continued, between Democrat leaders and what New Yorkers are experiencing every single day.

“I just had a gang-related drive-by shooting at my house two weeks ago. I mean, I’m a fourth term member of Congress running for governor. … If it can happen to me where I live, it can happen to anybody,” he said, noting that his daughters were at home doing homework when the shooting occurred.

“And you know, they thought that these people were coming after them when they heard the screams and they ran upstairs. … They responded well, but we hear these stories from across the state. We see the videos with our own eyes, we see the pictures with our own eyes, and instead of getting leadership and accountability and action, unfortunately, you have a governor who just wants to convince you that all of her work is done here and [there is] just nothing to see here. Move along,” Zeldin said, adding that he would call on the state legislature to “come to the table to work on fixing these pro-criminal laws.”

Zeldin also said that as governor he would “declare a crime emergency” because the “governor of the state of New York has the authority to do that.”

“Beyond that, we need to bring spending in our state under control. We need to bring down taxes. We need to reverse the state’s ban on the safe extraction of natural gas,” he said, laying out his broader vision for New York.

“We need to approve new pipeline applications,” the congressman said, adding that he has stood as an outspoken critic against the push for coronavirus vaccines as well, promising to “totally oppose any COVID vaccine mandate [for] grade school, higher ed, for employment or otherwise,” he said.

Zeldin also said he wants to “enact the largest tax cut in the history of the state.”

“The people who are in charge right now feel like taxes just aren’t high enough, which is crazy. Many New Yorkers are already paying the highest taxes in the country,” he added.