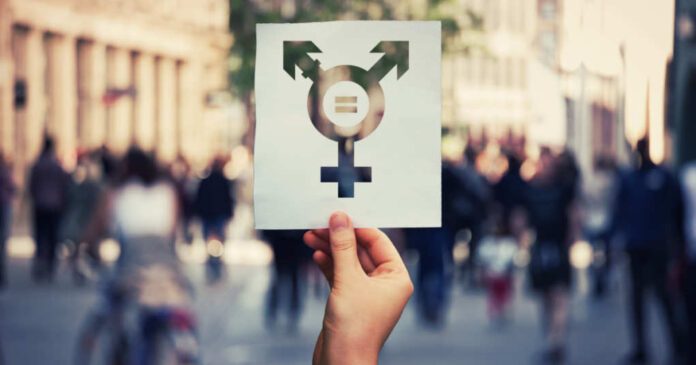 The Democratic woke philosophy that people can change their gender whenever convenient for them has finally been tried by a convicted murderer. Joel Drain decided that he wanted to be known as Victoria Drain. And as he came to the end of his appeals process and his time to die, he made the stink about how his gender dysphoria had not been considered in his execution conviction.

He was tried and convicted over 38 years ago for the brutal murder of his victim. Drain decided that he was going to appeal his conviction in an attempt to stop his execution. It had never been an issue for him until the time finally came for him to die for killing another person.

His criminal behavior has not stopped since he was sent to death row. In 2019 he killed another inmate named Christopher Richardson. Drain wanted Richardson to kill someone else for him, that was thought to have been a child predator.

Facing the death chamber has a way of bringing fear to a person’s life. Drain knew that his time was coming to an end, so he decided that he would use a trick from the Democrat’s playbook and claim that gender issues were causing him pain and trauma. And, of course, his lawyers jumped on the case to try and weasel their way into getting the man released from his fate.

Drain’s behavior is not consistent with a mental basket case. When Richardson refused to murder another inmate, Drain did not think twice before he stabbed and strangled the man to death. He is manipulative as he is evil, and the Ohio Supreme Court was not about to fall for his lies.

Drain found his way to the Ohio Supreme Court, where his case was heard. He wanted to escape his fate for murdering an innocent victim by claiming he was confused about whether he was a boy or a girl. But the problem he faced was the timing. He did not even consider it a problem until he faced the end of his life. Then, he started to beg and come up with excuses as to why he should be allowed to live.

The Daily Wire reported that the opinion stated that “The Court has carefully considered the nature and circumstances of the offense to determine if there is any mitigating value. There is not.” The court also pointed out that the crime itself was terrible and vicious. The court was not about to fall for his idiotic tricks.

Drain’s attempt at dodging the death penalty landed him in a psychiatric institution for observation. He even went so far as to try and change his gender by taking drastic action against his own body. But bodily mutilation will never change the biological makeup of a person. There is no way to change one’s DNA to transform them into something they can never be.

The Ohio Supreme Court considered what Drain’s lawyers were trying to argue. They ruled that his execution could continue. But the facts surrounding the murders were more than enough for them to rule 6-1 against saving his life.

But even with all the evidence presented, Brunner upheld the death penalty. She thinks another hearing is warranted to look at Drain’s circumstances. She believes that his lawyers failed to represent him well. But her vote is drastically outweighed by the others.

The truth is that Drain’s lawyers failed at their job. They did not represent their client well enough to get the sentence changed. The Drain will face the death penalty, which is precisely what he has come to because of the murders that he has committed. Criminals have caught onto the insanity filtering through the Democratic Party. And they are willing to try anything to get released from prison.