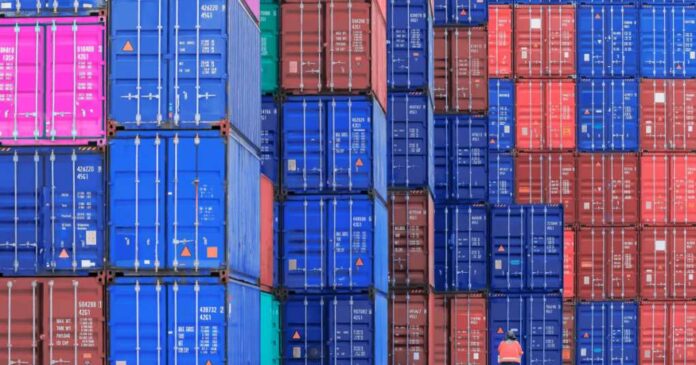 With the midterm elections just around the corner, current Arizona Governor Doug Ducey is doing everything he can to ensure Arizona stays protected. In recent months this has meant taking the federal border fence project into his own hands. With President Biden initially refusing to continue the wall, then realizing that it’s needed, all his new construction did was push illegals through huge fence gaps in Arizona.

For Governor Ducey, these gaps are completely unacceptable, and they needed to be filled by all necessary means.

So, he did what any reasonable Governor would do as the sanctity of their border is being violated; he used shipping containers to fill the gaps. Doing so, he proclaimed that Arizona is unable to rely on the Feds to do their jobs and protect the borders of our country. As a border state who is being overrun with illegals, it is his right and his duty to protect that border.

Allen Clark, director of Arizona’s Department of Emergency and Military Affairs, penned a letter to the Department of Interior’s Bureau of Reclamation about the dire situation. As first reported by Fox News, the letter went on to outline the problems. “The myriad of federal agencies that claim jurisdiction on the southern border but do nothing to prevent the public nuisance caused by illegal immigration and criminal activity that exploits the open border is quite frustrating to those that live, work and recreate on that border and in our state.”

Previously the bureau had written to Gov. Ducey about the wall, claiming that his method of filling the wall was illegal. The 4,000 feet in gaps had been sealed off with shipping containers topped with razor wire this last August. Comprised of 60 22 ft. containers, they were double stacked, welded shut, and topped off with four ft high razor wire. Weighing in at nearly 9,000 lb, the Governor is confident that these will do the job.

If you have traveled to visit the border you saw just how horrific the situation is. Those living along the border have had to deal with break-ins, having their land misused, and massive destruction of property for years. With the wall going up, many have seen these incidents decrease year over year. To those dealing with this problem, it has been a tremendous answer to a horrific problem.

According to a letter from the Bureau of Reclamation, the problem with using these containers comes from placing them in the vicinity of the Morelos Dam and on land that is part of the Cocopah Indian Tribe’s West Reservation. They also took issue with it as a hindrance to Border Patrol’s efforts to fill the gaps, and in their minds, it needs to go.

“The unauthorized placement of those containers constitutes a violation of federal law and is a trespass against the United States. That trespass is harming federal lands and resources and impeding Reclamation’s ability to perform its mission.” This letter serves as a sign that the bureau does not fully understand the situation at the border.

Instead of understanding the situation, they want to dictate it like a backseat driver from another car…on a different road. These federal government officials do not have the experience or time on site to know what the best course of action will be, and their reliance on treaties with the Natives is flimsy at best. Suffice to say, if these containers are violating their treaties, then so would a chain link or iron slat fence. T

Their further suggestion that vehicles that can be moved for water to flow, or slatted ground markers so wildlife can pass is just another version of their failed vision for the nation. If a deer, coyote, or wild sheep can pass across the border, so can a human. It’s time to seal the border and fix America.