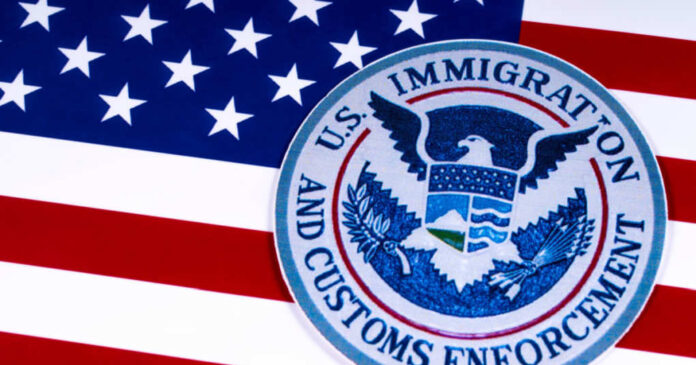 Nearly two years after President Biden took office, Immigration and Customs Enforcement (ICE) are finally going back to work in all 50 states. Even with their wrists shackled by Biden and his collective of moronic leaders proclaiming to be “sanctuary states” in places like California and New York, they have been an effective force against terrorism and illegal immigration.

Starting on August 20th and ending on September 30th, ICE put a target on illegals who had committed numerous crimes, with driving while intoxicated being the primary focus. Of the 175 arrested, some also had killed others when committing these crimes, which makes their release even more troubling.

Among the nearly 200 arrests there were also charges for vehicular homicide, hit-and-run, assault, child abuse, weapons violations, domestic violence, and fraud. Given the nature of how these illegals crossed the weakened southern border due to Biden’s policies, it’s no wonder they came here and committed these crimes. When you factor in the cashless bail system these same leftist states are operating, and how they kept their freedom becomes crystal clear.

Even when these border jumpers came here, they had already committed a federal crime, so why any jurisdiction would ticket and release them is beyond comprehension. This idea is one that the American people by and large seem incredibly confused about, and rightfully so. The country under the Biden regime has been suffering, and with the bleeding hearts who lead him by the nose, it’s only about to get worse.

Many of these cases are mindboggling when you look at where they live, and how crime is often thought of in those jurisdictions.

In one case, an illegal 40-year-old male from Mexico was convicted of first-degree homicide and was residing in Norcross, Georgia. In Bellport, New York a 35-year-old male who should have stayed in El Salvador had been convicted of second-degree vehicular manslaughter. Then you have a 45-year-old who caused a fatal hit-and-run calling Banning, California home when he’s supposed to be back in Mexico.

With nearly 200 cases made from this sting operation, it was a huge success. However, this is but a drop in the bucket. There is still a lot of work to do, and thousands more to deport. These crimes are not victimless ones, nor is the crime they committed coming here. The people along the border suffer greatly, and even middle America is not immune to the problems that arise from their crimes.

With Biden’s cuts to ICE in the interior portions of the country, there has been a 50% drop in arrests of illegal immigrants and a 62% decline in the deportations of the illegals who have been convicted. These numbers are unacceptable, especially as they continue to flood our southern border in nearly unstoppable waves.

The American people are tired of it. We need a secure border, and we needed it yesterday. Instead of wasting money on gender-affirming treatments for the mentally ill or funding the seventh abortion for the welfare queens of America. We need to keep people safe from real dangers. These border jumpers aren’t coming here for a better life, despite what the asylum screamers proclaim.

Instead, they are here to take advantage of the system. They don’t get anything beyond a slap on the wrist for the drugs they smuggle in, or the humans they traffic. There’s no repercussion for them working at your local auto garage or valeting your car at the game. Painting your house, working in the kitchen, or trimming your garden? All without penalty for them, and their employers skate too.

Meanwhile, tons of fentanyl, cocaine, and heroin are coming in with them. Even worse, there have been numerous terrorists caught amongst the groups sneaking over. Has this made anyone in Washington do anything about it? Nope. Instead, they bury their heads in the sand, if not they would have to admit Biden screwed the pooch.