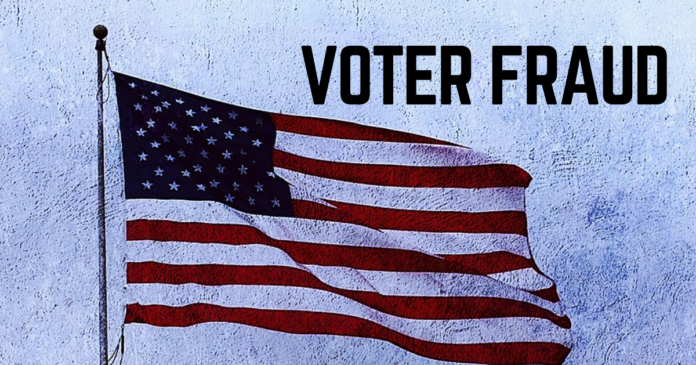 A Georgia county that leans Democrat decided that they were going to call it quits for the night during the vote-counting process yesterday. The two Republican candidates were not given the chance to hold onto their slim leads. They were behind the Democrats for much of the evening and then just as they rally, they want to call it a day.

At 11 PM eastern time, both Republican candidates had the lead in their respective races. “UPDATE: just confirmed. Chatham County is done counting votes for the night. The board of elections annex building is empty. Workers say they’ll be back at 8 a.m. Still, thousands of votes to be counted here. @WJCLNews,” said Stephen Moody.

“In Democratic-leaning Chatham, the vote-counting appears on hiatus for the night … still thousands of outstanding ballots remaining to be tallied there,” Greg Bluestein shared. “It’s nearing midnight and the Georgia Senate Rs are still clinging to a narrow lead, but troves of votes are outstanding in populous Democratic strongholds like Chatham & DeKalb. One Republican activist tells me it’s the “perfect storm for Donald Trump,” he continued.

He also shared an interesting quote. “It’s like conspiracy theory gasoline” is a great one-liner during moments like this. The same people who don’t want us to share conspiracy theories are the same ones who are fueling them. It’s a hard mentality for anyone to square. Michelle Malkin is also pointing out the $500,000 donation that was provided by Facebook owner Mark Zuckerberg.

President Trump was not about to pass up his chance to poke fun at their corruption. “Looks like they are setting up a big “voter dump” against the Republican candidates. Waiting to see how many votes they need?” he teased. Gabriel Sterling also had to weigh in on the runoffs. “Chatham County didn’t just stop. They completed the counting of everything they have in. That includes Election Day, Advanced, & all of the absentees they had in. The last left will be the absentee by mail that came in today,” he said.

For some, this show is nothing that will surprise them. It’s essentially a repeat viewing for most of us. It’s the same rhetoric that we heard during the general election. Blatant corruption is taking place and people are being told that there is nothing to worry about. These miraculous mirages are enough to make people wonder if there is any reason to vote at all anymore.

The Democrats got a taste of stealing one election and they are now going back for seconds. Until someone is willing to step up to the plate by calling the election null and void, these are the things that are going to keep on happening. It’s not like they are being punished in any meaningful way, so we are not sure what anyone expects.

If you keep putting your hand in the cookie jar and no one ever slaps it away, what do you think is going to happen? The Democrats are a prime example of this. No one is ready to put a stop to them and now they are only going to become emboldened. All that’s left now is the inevitable story about a water main breaking.

They also love the old “suitcase full of ballots” trick, so be sure to watch out for that one. It’s time for the election process to become more simplified. The way that we are doing things needs to be changed, immediately. Maybe if the Democrats are forced to endure another four years of the Trump experience, they will be ready to change their tunes on this matter. One can only hope, right?