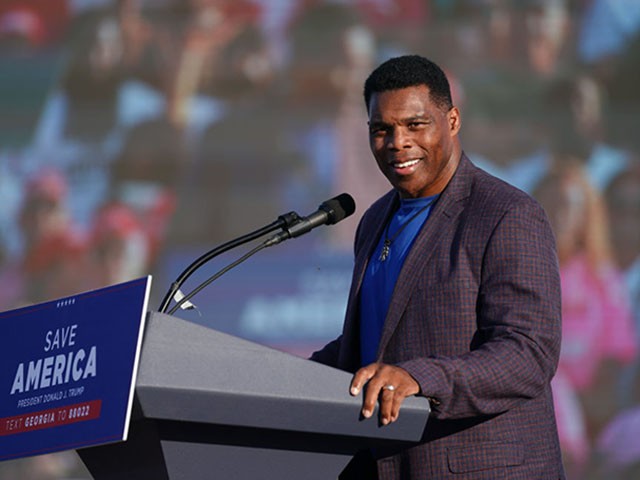 Interestingly, the poll found that half of Georgia voters have an unfavorable view of Warnock.

Walker has consistently surged in the polls since his October 14 debate against Warnock, where he outperformed expectations and even surprised some left-leaning pundits.

“I think the debate showed who’s the one that’s ready to be a senator, who’s the one that’s ready to represent the great state of Georgia and the people of Georgia,” Walker told Breitbart News over the weekend. “I think that showed Raphael Warnock has been, as I always call him, a wolf in sheep’s clothing, that he’s not what he say he is, and I think that’s the reason the momentum has swinged to my side now.”

Walker has also gained in the polls despite left-leaning media launching an onslaught of attacks related to Walker’s personal life earlier in the month. Walker told Breitbart News that the attacks against him only increased his campaign’s momentum.

” I think they really gave momentum to myself. They gave momentum to the campaign,” Walker said of the media attacks. “I think people are now starting to become aware that the lies that Sen. Warnock and the media’s telling, they know it’s not true. I’ve been very transparent about what I’ve done.”

“A lot of the media, I know, is not going to be my friend. They’re campaigning for Sen. Warnock, and right now they’re going to write and do anything to try to get him into office,” Walker added.

Co/efficient surveyed 946 likely Georgia voters from October 24 to October 25. The survey’s margin of error is ?3.19 percent.