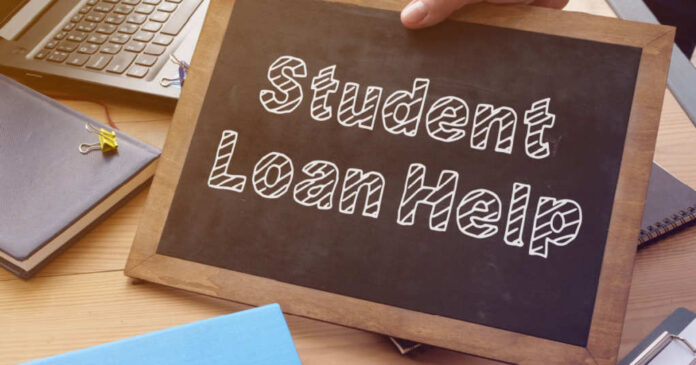 President Biden wanted to give a win to Democrats so that they could get a boost within the midterms. With so many Democrats running on platforms of eliminating student loan debt, he had to do something.

It was announced a few months ago that he was going to forgive $10,000 to every borrower assuming that they made under a certain amount of money every year. And $20,000 forgiven for those with PELL grants.

Now, as the midterms are literally around the corner, it seems that Biden won’t get to make good on that promise.

The debt relief program has been temporarily blocked. What does this mean? Well, don’t expect to see $10,000 disappearing off of your student loan debt any time in the near future.

A federal appeals court has blocked the student loan forgiveness program – at least temporarily. You would think that this would be a huge setback for the Democrats. And it is, but they don’t seem to be panicking.

In fact, the administration is still encouraging everyone to submit their applications to prove that they have the debt that needs to be erased.

It’s been less than a week since the portal went live and close to 22 million people have signed up. This represents over half of those who qualify.

Loan balances could have started to get adjusted by Sunday.

However, there have been a number of challenges to the program. Some say that the President doesn’t have the authority to erase debt – only Congress can do that. Others say that it isn’t fair if only those earning less than a certain amount of money can see it.

The US Eighth Circuit Court of Appeals issued the block to the program. It is currently exploring a motion that was filed by six Republican-led states.

Karine Jean-Pierre, the White House press secretary, isn’t providing any real insight into what’s going on. Instead, she chose to state the obvious. “It merely prevents debt from being discharged until the court makes a decision.”

It could take WEEKS for the court to make a decision – and that could be enough for people to change the way they vote. If people aren’t seeing the $10,000 disappear from their student loan debt balance as promised, it may be enough for them to decide they’d rather vote for a party with a better reputation.

This is where the liberals should be a bit nervous.

The six states responsible for the current pause to the program include South Carolina, Arkansas, Missouri, Nebraska, Iowa, and Kansas. Their reasoning is that the federal relief program will hurt the state-based loan companies because they manage some federal loans on their own.

A federal judge had dismissed the case earlier last week with the comment that it had no standing.

But is that true? The group filed an appeal, asking for the federal appeals court to place a temporary hold on the program until the case can be reviewed in the appeals court.

If you have student loan debt, you can still file the application for relief. However, whether you actually see the relief or not is what hangs in the balance.

Education Secretary Miguel Cardona seems unphased, commenting, “We are moving full speed ahead to be ready to deliver relief to borrowers.”

It is expected that the federal appeals court will announce a ruling later this week or early next week. And even if they rule to lift the temporary hold, there’s always the possibility of another lawsuit rolling in to establish yet another hold.