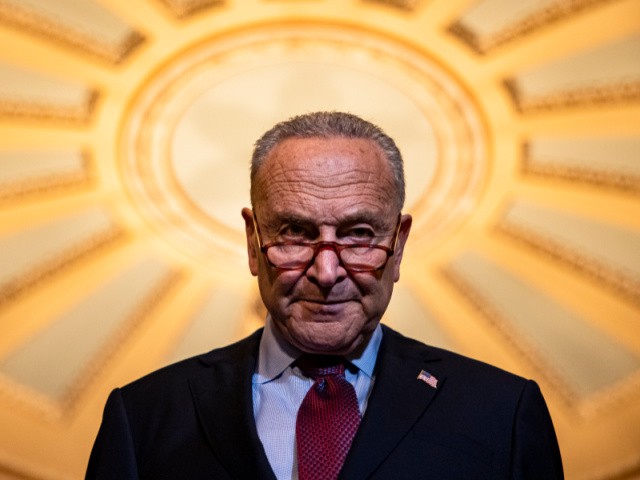 In one exchange, Schumer focused on the Georgia U.S. Senate race between Republican Herschel Walker and Democrat Raphael Warnock, admitting that the seat may flip to the GOP.

“The state where we’re going downhill is Georgia. It’s hard to believe that they will go for Herschel Walker,” Schumer can be heard telling Joe Biden.

Schumer at least appeared hopeful about early turnout in Georgia, calling it “huge.”

In another exchange, Schumer admitted that the Democrats are “in danger” of losing the Pennsylvania U.S. Senate seat to Republican Mehmet Oz, though he downplayed John Fetterman’s disastrous performance in the debate on Tuesday night.

“That seat. We’re in danger of that seat,” Schumer said. “It’s close.”

“It looks like the debate didn’t hurt us too much in Pennsylvania,” he added.

As Breitbart News reported on Wednesday, Herschel Walker has taken a nearly 4-point lead over Warnock in the Georgia race: