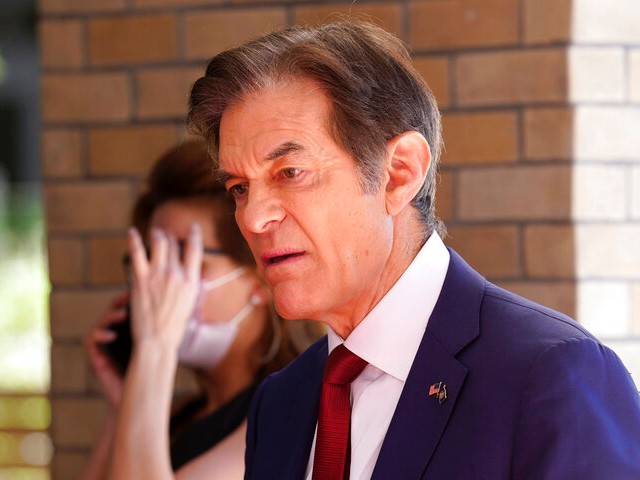 The Insider Advantage poll released Thursday shows that 47.5 percent of likely voters support Oz, who former President Donald Trump endorses, while 44.8 percent are behind Fetterman. Libertarian candidate Erik Gerhardt draws just 2.8 percent of the response, while 1.3 percent back another candidate and nearly four percent are undecided.

Nearly 24 percent of black respondents are backing Oz, and he is outperforming his opponent among the 18-39 and the 40-64 age demographics. Fetterman leads with those who are 65 and older. Additionally, Oz has a substantial lead among independents, garnering 65.9 percent of the response to Fetterman’s 22.5 percent.

The poll was conducted on Wednesday, the day after the pair’s debate in which voters received a sincere glimpse into Fetterman’s communication struggles following his stroke in May. Fetterman used a closed-captioning system to aid with his auditory processing issues and repeatedly had trouble with his words.

Of respondents who tuned in, just 20.5 percent believe Fetterman was victorious in Tuesday’s showdown, while 53.6 percent say Oz won. Some 26 percent were undecided.

In another Insider Advantage poll from last week, which was sponsored by Fox 29 Philadelphia, the candidates were locked in a dead heat. A comparison of the two polls indicates Oz is surging in the home stretch.

Insider Advantage also gauged the temperature of the governor’s race, finding that Republican State Sen. Doug Mastriano trails Democrat Attorney General Josh Shapiro by 8.4 percentage points. Of the poll participants, 50.2 percent say they are voting for Shapiro, as opposed to 41.8 percent who back Mastriano. Another 2.8 percent support Libertarian Matt Hackenburg, and 4.1 are undecided.

The Democrat has expanded his lead compared to last week’s survey from the pollster, which had him at 48.5 percent and Mastriano at 42.2 percent.

The current poll sampled 750 likely voters on October 26 and has a margin of error of plus or minus 3.58 percentage points.