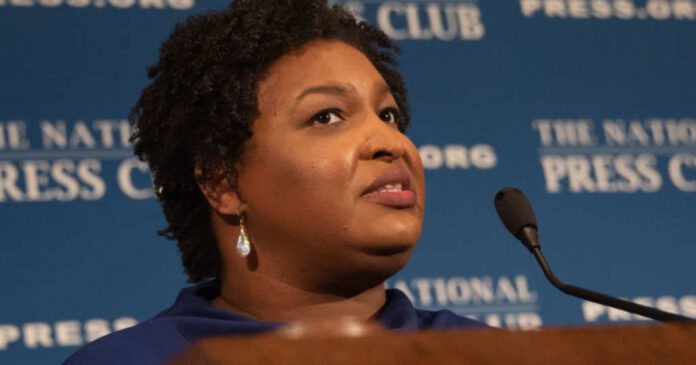 Election officials in Georgia are looking for an apology from leaders like President Joe Biden and Democrat Stacey Abrams. They both claimed that an election integrity law has created a modern-day Jim Crow situation in the state.

Georgia passed the Election Integrity Act of 2021, and Democrats said the law restricts voting rights and discriminates against minority voters.

“This is Jim Crow in the 21st Century. It must end. We have a moral and constitutional obligation to act,” Biden said last March.

Abrams flat out called the law “racist” and she said that it was a redux of Jim Crow dressed up in a suit and a tie. She also declared that the law was passed because more people of color voted and the outcome of the election was changed in a direction that Republicans do not approve of.

The COO for the Georgia secretary of state, Gabriel Sterling, said that Democratic politicians owe the people of Georgia an apology.

The reason for all this fervor is that voters in Georgia have blown away early voting turnout records in the state. As of Sunday morning, almost three-quarters of a million voters had voted in person early. In the same period in previous midterm elections, there were just over 400,000 voters that turned out early.

Between those who have voted in person and those who have sent in absentee ballots, over 800,000 Georgians have already cast their 2022 ballots for the midterms. That number continues to grow.

Georgia Secretary of State Brad Raffensperger (R) explained, “We’re on track to break records in terms of voter turnout in every category.”

“How many turnout records do we have to break before Stacey Abrams and President Biden apologize to Georgia?” Sterling said in a statement to Fox News.

Those who opposed Georgia’s election integrity law are demanding that high record turnout does not prove the law isn’t restricting voter access.

According to those who oppose Georgia’s election integrity law, record voter turnout does not prove the law does not restrict voting access.

The press secretary for Stacey Abram’s campaign, Jaylen Black, told Fox News that high turnout is not synonymous with voter access. Black said it was due to the power of organizing and the sense of urgency voters feel to remove Brian Kemp and his far-right allies.

Jonathan Chait from New York Magazine is running with that same storyline about Democrats negating the impact of Georgia’s law restricting voting access.

“The early results in Georgia are consistent with the outcomes of other voting restrictions. Evidence suggests voter suppression has little effect on turnout, because Democrats mobilize in response to restrictions, canceling out much or all of the suppressive effect,” Chait wrote.

It’s hard to imagine this storyline continuing if Georgia voters continue to turn out in such a massive way. Liberals just will not be able to claim that there are restrictions in place.

But for now, Democratic gubernatorial candidate Stacey Abrams is sounding that alarm about voter suppression. She said in a press conference that in 2018 there was a record turnout that broke records and 85,000 Georgians were denied their right to vote due to suppression tactics. Just a few weeks after Abrams lost the election in 2018, she filed a lawsuit accusing Kemp of using his power to suppress votes. Kemp denied the allegation and a federal judge ruled that the state did not violate the constitutional rights of voters.

At the same time, she says she is grateful for those who have already cast their ballots in Georgia. Can she have it both ways?