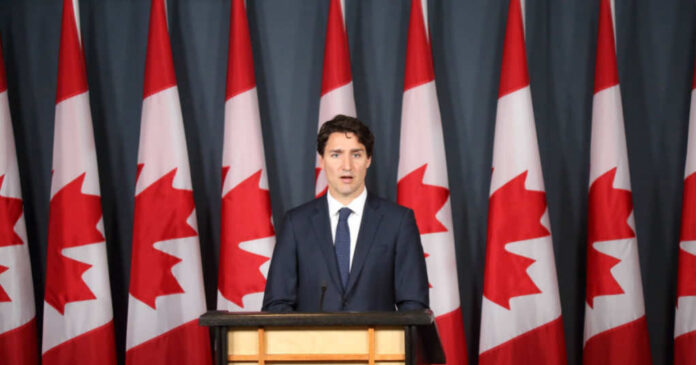 If you didn’t know, Canada has long since been called our sister nation. This is because is not only one of our nearest neighbors but also because it has long been considered to have similar interests.

Like the US, Canada began as a colony of the United Kingdom. And while it never achieved quite the independence that we did, both our close proximity and our entangled histories have led to a similarity in laws and regulations. One can usually assume that what is good for one is also good for the other.

However, it has become apparent in more recent months that Canada is not headed in the same direction as America anymore. For starters, around the same time, former President Donald Trump was installed in the White House, Canada elected the ever-growing liberal Justin Trudeau as their prime minister.

And since then, the list of differences between the US and Canada has only grown.

One of the most recent changes is that Trudeau’s administration has just banned the buying, selling, and transferring of all handguns in the nation. this was announced on Friday during a news conference by Trudeau, as well as posted on both his Twitter account and official website.

According to the announcement, the ban also includes any newly acquired handguns from being allowed to be brought into the country.

Now, it is noted that any and all current handgun owners, or those who began the registration process before Friday, will be able to keep their weapons.

For those of you like me, who are proud gun owners and wholly believe that our rights to such ownership is god given, the news is likely not all that welcome. However, its important to point out here that this is the second of such bans to be implemented in the northern nation in the last few years.

In May 2020, a “military-grade assault weapons” ban was also put in place. This included the outlawing of about 1,500 different models and variants of firearms in the nation.

That means that in the span of a mere 30 months, Canada’s government has officially banned most of the firearms in the nation. Just 30 months.

Now, to be clear, certain liberal-minded individuals and groups have been trying to achieve that for much longer in the United States. Fortunately, and unlike in Canada, our gun ownership is a constitutional right. Of course, there have been concessions made, such as the recent bump stock ban.

Much like in the US, the argument against gun rights, has come from those supposedly worried about the safety of our communities and children. and so, every time someone commits a crime with a firearm, another round of gun control rights and such is brought up.

Naturally, the concern is Canada is that it won’t be long before all guns are banned, or at least the legal acquisition of them is. All it would supposedly take is for someone to go on a shooting spree with a hunting rifle or shotgun. Then again, there have been a surprising number of stabbings committed recently in Canada, and yet, knives have not yet been banned.

It’s also worth noting that a number of the nation’s provinces have made it known that they will not be enforcing the prime minister’s newest attempt at dictatorship.

According to Alberta’s Minister of Justice, Tyler Shandro, New Brunswick just joined, Saskatchewan, Manitoba and Shandro’s home province in opposing Trudeau’s C-21 Bill. As such, all of these provinces have refused to make any police resources available to its enforcement.

Shandro has also made it clear that the law has no real effect on either crime or the safety of their communities. Instead, it’s much more about control than anything else.

As he points out, most guns used in a crime, whether handguns or not, are usually “illegally obtained” to begin with. Additionally, the fact that they are committing a crime with it proves that they have no concern about breaking the law.

Therefore, creating more laws about guns and ownership of them isn’t going to really change anything. Criminals will still find a way to obtain what they are not supposed to have and will still likely use them to commit other crimes.

Creating new laws and bans, essentially only hurts the law-abiding citizen. Now, instead of having a handgun for self-defense, they are left at the mercy of anyone who might attack them.

The same would be true of any such bans in the US. And it’s precisely why we have to continue to fight for our Second Amendment rights.