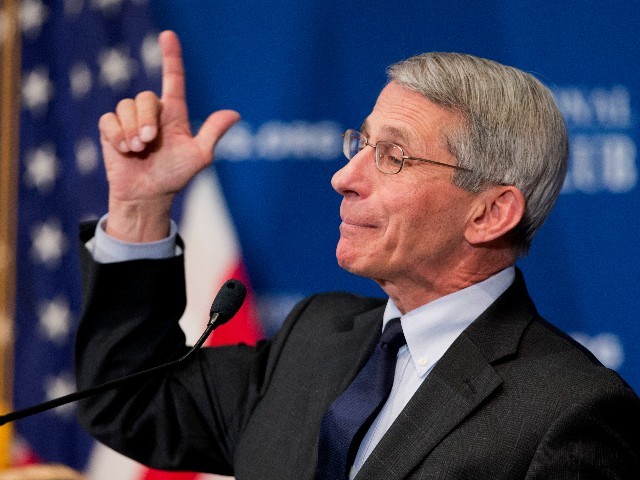 On Friday’s broadcast of “CNN Tonight,” White House Chief Medical Adviser and NIAID Director Dr. Anthony Fauci stated that he hasn’t “carefully” read through the interim report by the minority oversight staff of the Senate Health Committee and “it’s really unfortunate” the report concluded that “a research-related incident” causing the pandemic is the most likely scenario.

Host Jake Tapper asked, “I know there are still lots of questions about the origin of COVID. And obviously, the Chinese government has not exactly been transparent. So, it’s difficult to assess what happened. There is a new interim report out from the top Republican on the Senate Health Committee. It’s an interim report, and it’s not from the Intelligence Committee, and it’s just from one party, not unanimous, not bipartisan. But this report does say that the COVID-19 pandemic was, ‘more likely than not, the result of a research-related incident.’ Have you seen the report? What is your reaction?”

Fauci responded, “Well, I haven’t read it carefully. I’ve skimmed through it. But I can tell you, Jake, that it’s really unfortunate because there are at least two very important, peer-reviewed, scientific publications most recently that completely diverge from the conclusions that came out in the report to which you’re referring. And these are studies that were done, published in high-ranked journals, Science journal, the medical journal, by a group of evolutionary virologists who just completely disagree with the conclusions that came out of the report that you just mentioned.”