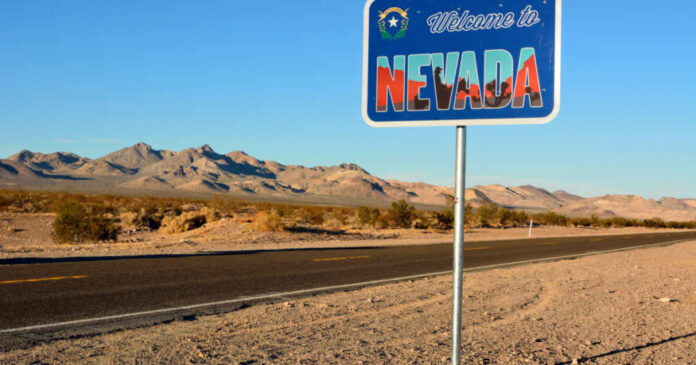 Too many liberal politicians have gone too far – and it’s showing in the polls.

Nevada is one of the top states that is likely to experience the red wave. The deep blue state may go red by the time the midterm elections are over.

The gubernatorial race in Nevada is between Clark County Sheriff Joe Lombardo, a Republican, and incumbent Democrat Steve Sisolak.

Sisolak has been the governor since 2018. Many have become disappointed in him, starting with his lockdown efforts during COVID. Beyond that, he’s eager to be the “last line of defense for protecting abortion access.” He’s taken a cue from California and essentially wants to become a state focused on abortion tourism.

Meanwhile, Lombardo has spent decades working in the Las Vegas Metropolitan Police Department and became the county sheriff in 2014. Prior to that, he served in the US Army, Reserve, and National Guard. He is running on a platform of relief, which includes eliminating reckless spending and “no more prioritizing criminals over citizens.”

Lombardo has been doing well in the polls. And why shouldn’t he? People want to feel safe – and they don’t want to see the state overspending when there’s no need for it. It’s easy to vote for what Lombardo has to offer.

And the Republican candidate recently acquired another endorsement that only helps to catapult him further up the polls.

The Nevada Police Union has officially announced that they are endorsing Joe Lombardo. This is following a vote of “no confidence” for the current governor.

As Dan Gordon, President of the NPU recently said, “Our membership has lost confidence in Governor Sisolak to address the record-high shortages of state police, which leaves our residents and visitors less safe.”

It’s only natural to look elsewhere for leadership when the current leader is incapable of getting the job done – and that’s true regardless of political lines.

The problem that the Democrats have is that they refuse to focus on the real problems. They want to ignore the crime rates. They have stopped listening to what the people want – and it’s why the red wave is coming for all of them.

Nevada isn’t the only state that may turn red by the time the elections are over, either. Both Michigan and Oregon have gubernatorial races happening in November – and the Republican candidates are quickly gaining the lead.

For the Nevada race, Lombardo seems to be the most qualified to deal with the issue that is plaguing more people within the state. The endorsement from the NPU is huge, so let’s hope that it’s enough to make a difference as people begin taking to the polls for early voting.

Lombardo has already tweeted about the endorsement, saying that he is “honored.” He’s already planning to increase the wages and provide more respect.

If the Nevada Republicans can pull out a win, the state may even become the tourist hot spot that it once was. Feeling safe when traveling to a destination is always a determining factor in tourism numbers.