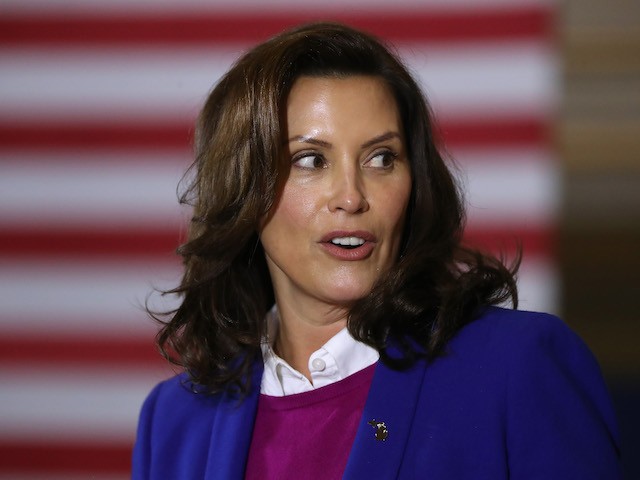 Dixon noted that even university students in the state, who paid high tuition to attend in-person classes, were forbidden to sleep in their dorm rooms under Whitmer’s watch.

She then pointed out that school closures continued into this year.

“But even more extreme than that, this year in January of ’22, we had Detroit shut down, we had Ann Arbor shut down, we had Flint shut down. We have seen some of the greatest learning loss in the history of the state of Michigan, in Detroit public schools,” Dixon said.

Dixon then faulted Whitmer for not doing anything to help Michigan students score better on reading exams.

Dixon said, “This is already when we had 90 percent of our kids failing their reading exams. Remember, this is a governor who had the opportunity to put money into reading scholarships. The legislature gave her $155 million in her budget to put into reading scholarships. She line-item vetoed that, and her excuse was one of her, one of her supporters, or one of her staffers came out and said, ‘This smells too much like vouchers.’ Really saying we don’t want parents involved. Now she’s trying to convince parents that this didn’t happen.”

Dixon also talked about how instead of having traditional graduation ceremonies, some Michigan parents were forced to “drive up one at a time and watch them hand the child the diploma, and then drive away.”

“First, first and foremost, we want to make sure that we get our kids back on track, and we have a tutoring program. Most other states that had schools closed nearly as long as Michigan, they already have tutors in the classrooms. We don’t,” Dixon said.

“I mean, this is outrageous to think that we’re not teaching our kids to read. From kindergarten to third grade, you’re learning to read, from third grade on you’re reading to learn,” Dixon said. “You missed that crucial step, and that’s the reason our education system is failing, because our kids don’t have the tools they need to succeed after fourth grade. And that’s going to stop.”

She also applauded parents concerned about the sex and gender theories taught in Michigan schools.

“We have parents that are concerned right now about what is going on in the schools, the sex and gender theory in our schools,” Dixon said. “This is a group of parents across the state who have risen up and I think it’s really important to note that in the debate, Gretchen Whitmer mocks those parents, because she came out and she said, ‘My opponent thinks that books are more dangerous than guns.'”

Dixon noted that there was a school shooting under Whitmer’s administration, but the government has not done anything to increase school safety.

“Let me ask her this: Do the state police that surround her blow bubbles at people or do they use guns?” Dixon said. “Because why is it that once again Gretchen Whitmer thinks something is good for her but not for everybody else. She does not want to protect our children from any danger in our lives.”