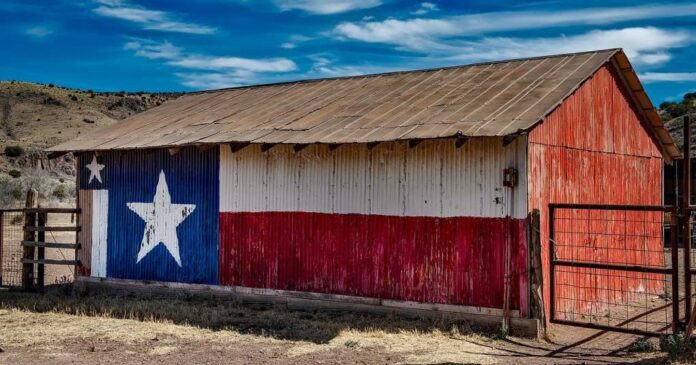 As the Democratic Party continues to move leftward, you’d think that at least half of the nation would follow. However, it seems the exact opposite is occurring, with more and more individuals moving closer to the center and even the right than ever before.

How do I know? Well, how else would explain the sudden and mounting trend to ban abortion, which is typically a Democratic-pushed idea?

Any small amount of research will tell you that cities, and in fact, entire states, are now passing legislation that bans abortions in one form or another.

Some, such as twenty-some-odd cities in Texas, Oklahoma, and now Ohio, have declared themselves to be sanctuaries for the unborn, therefore making abortion within city limits illegal and punishable by law.

Others, such as the state of Montana, Texas, Mississippi, Alabama, Kentucky, Missouri, Mississippi, Ohio, and Georgia, have all passed bills in recent months banning abortion statewide after a particular amount of time in the pregnancy has passed.

Texas and Ohio, for instance, have banned the act after the unborn child’s heartbeat can first be detected, which is usually around eight weeks or so. Still, others, such as Utah and Arkansas, have made abortion illegal after the middle of the second trimester or between 25 and 28 weeks, which is the age a child can typically live outside of the womb.

But Texas has just made history this week by putting forth legislation and having it passed in both state houses that would not only ban abortion altogether in the state but make it a felony. All that remains is for pro-life and Republican Governor Greg Abbott to sign the bill, making it official in the Lone Star State.

Now, thanks to Roe v. Wade, the initial Supreme Court case in which abortion was made legal nationwide, Texas can’t actually put the law, known as House Bill 1280, into effect unless national laws were to change in the future.

But should Roe v. Wade ever be overturned, Texas will be prepared.

Naturally, those such as the pro-life group Society of St. Sebastian are incredibly excited about the new law, calling it a “pro-life win” and praying that “Gov. Abbott will sign the bill soon.”

Others, of course, say that the bill is nothing but wishful thinking and, therefore, useless, which to some degree they are correct.

However, as we know, laws change all the time. Furthermore, there is a high likelihood that within the next year, Roe could actually be overturned.

Well, a Mississippi case has just officially made the docket to be seen by the Supreme Court this fall, and it’s all about abortion.

As I mentioned before, Mississippi is one of the recent states to create laws banning abortion after a certain period of time, in this case, after 15-weeks of pregnancy, with exceptions, of course. Naturally, pro-choice advocates, as well as the state’s only abortion provider, have decried the law as unconstitutional based on the current language of Roe v. Wade.

Both a federal district judge and a panel from the 5th Circuit’s US Court of Appeals have since agreed, saying that there is no precedent to allow for such a rule based on the Supreme Court.

And so the Supreme Court itself has agreed to decide on the case, first hearing it in the fall of this year and said to have a decision by spring of 2020 at the latest.

However, in doing so, the fear from the political left is that, if the Mississippi law is allowed to go through, Roe v. Wade in its entirety could be reversed. At the very least, it would set a precedent for similar future laws to be put into effect.

Either way, it wouldn’t be good for those who agree with the “my body, my choice” movement.

The case is already starting a national conversation on the topic. As is evident by the many states and towns voting to ban abortion, the country seems to be leaning in only one direction.