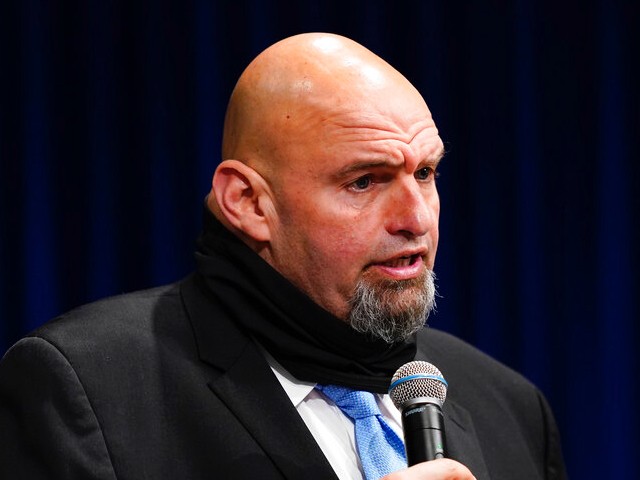 Fetterman, running against Republican Mehmet Oz for the state’s open United States Senate race, made the remark during a panel discussion with Sen. Amy Klobuchar (D-MN) while on the campaign trail last week.

“I certainly would have voted for the Inflation Reduction Act,” Fetterman said.

Despite Biden’s claims, the Inflation Reduction Act does not include any provisions requiring the IRS to avoid targeting working and middle class Americans with new IRS audits.

To the contrary, Senate Democrats made sure to vote down Sen. Mike Crapo’s (R-ID) amendment to the Inflation Reduction Act that would have barred the IRS from targeting working and middle class Americans with the $80 billion that the plan includes for new audits.

The Congressional Budget Office (CBO) estimates that about $20 billion will be squeezed from Americans earning less than $400,000 a year as a result of the audits.

The likelihood of working and middle class Americans being targeted by the IRS as a result of the Inflation Reduction Act is so high that Treasury Secretary Janet Yellen has begged the agency to avoid going after those earning less than $400,000 a year.

White House Council of Economic Advisers member Jared Bernstein has said the administration cannot guarantee that no Americans earning under $400,000 a year will be audited by the IRS with the new funds.