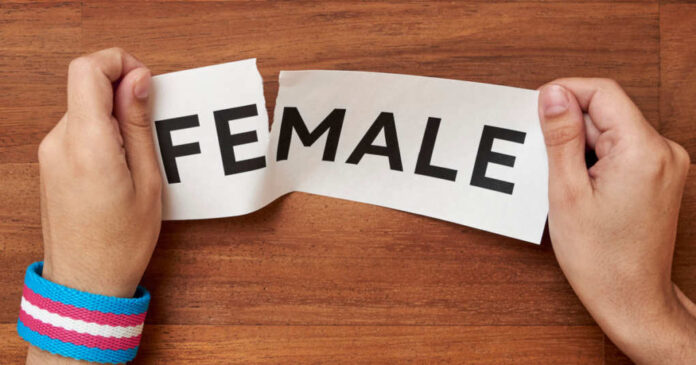 There’s a reason why drag queen shows are identified as 18+. They are highly sexualized, and the content is not appropriate for children.

It’s why Texas is currently trying to make sure that children cannot attend drag shows. It’s also why Florida passed a law that prevents the topic of transgenderism to kids in kindergarten through third grade.

New Jersey, however, has decided that they want to have an entire transgender policy – and it goes against what the parents want.

Imagine having your child go to school and be exposed to “Jacob’s New Dress” and other controversial books that focus on gender-questioning themes. And then, when you approach the school board, you’re told that if you don’t like it, you should send your kid to a different school.

That’s what parents in Lawrence Township are currently up against.

The Lawrence Township Board of Education’s lawyer actually stood at a recent meeting and told parents that it’s not their “right” to determine the curriculum that is being taught to them. And why? Because it’s a public school.

One resident, Ana Samuel, believes that the district’s new lessons are dangerous and that it “strongly encourages children to question their gender and moves them toward the slippery slope of ‘transgender treatment plans.’’

Why is it so important for the school district to get kids to question their genders? Shouldn’t their biological sex be enough to guide them?

The transgender policy within the district is known as Policy 5756. It states that it “shall accept a student’s asserted gender identity.” Perhaps the most disappointing aspect of that, however, is that parental consent isn’t required.

So, kids are taught that they can choose genders. And, then, should they choose a different gender, they don’t even have to tell their parents. You could go years without realizing that your child has chosen to identify as a different gender at school.

Concerned? You should be.

Kids are having their youth stolen from them. They are being taught something that they can’t even understand yet. And parents aren’t being notified so that they can address it all properly.

It’s no wonder why DeSantis passed legislation in Florida that limited such discussions until a much later age. And yet, New Jersey is fine with it being taught in kindergarten – and doesn’t want parents to get involved with the curriculum.

Of course, they don’t want parents involved. They know that the average parent would support such things.

If you don’t like what the school is teaching, you have the right to choose a different school because, as the school board’s lawyer said, “That’s your right as a parent.”

Sure, but at what cost? If the curriculum is being changed at the state level, the only way that parents can opt out of it is by finding a private school – and that can add up to tens of thousands of dollars in tuition costs every year.

New Jersey isn’t the only state that believes it’s okay to talk about gender issues, sexuality, and more with kids as young as five. And if a drag queen wants to come to the school to read to the kids, that, too, is considered acceptable.

The progressive agenda is dangerous, and they’re coming for our kids. The only way to stop it? Make sure you know who you’re voting for.