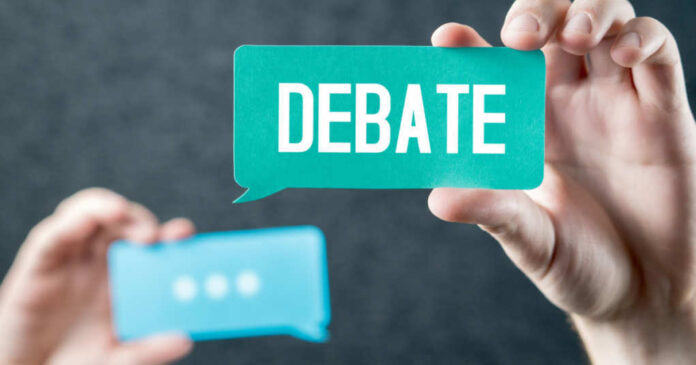 It wouldn’t take watching the news very long at all to figure out that the state of New York is just about the last place in the nation you’d want to live in. In fact, thanks to things like high inflation, rising taxes, a skyrocketing crime rate, and extra stringent mandates on just about everything that matters, people are fleeing the state en masse.

It’s actually the most vacated state in the US. And by vacated, I don’t mean people vacation there.

Of course, the state hasn’t gotten that way on its own. Nope, it’s only due to poor leadership, and corrupt ones at that, that it has received such a reputation.

You know, leaders like former Democratic governor Andrew Cuomo forced positive COVID cases back into nursing homes, killing thousands, and resigned after being accused of no less than a dozen sexual misconduct allegations. Former New York City Mayor and socialist Bill de Blasio was another who contributed to the state’s demise, allowing crime to go unpunished and drug use to soar.

We had hoped that this year, with a new governor and a new NYC mayor, things in New York would begin to improve. But so far, it’s the same old story, just with another Democratic name attached.

And that’s precisely why New York GOP Representative Lee Zeldin is running against incumbent Kathy Hochul for the governor’s mansion. Perhaps with a Republican in charge, a few things will change for the better.

Now, to be clear, there hasn’t been a GOP governor in New York for quite some time. As I am sure you are aware, it has been one of the most liberal states in the union for a while.

However, Zeldin is coming closer to that goal than anyone else since 2006, when George Pataki left office.

Well, as Tuesday night’s debate between Zeldin and Hochul proved, the Democratic side of the aisle is severely out of touch with both reality and what the people of New York need and want. And Hochul made it clear she’s definitely among those who have no idea what’s really important to New Yorkers.

Zeldin scored some major points when he began discussing what I mentioned above, how New York leads the nation in population loss, so much so that they have lost representation in Washington.

His reasoning was “Because their wallets, their safety, their freedom, and their kids’ education are under attack.”

And all over the nation, polls show that these are the most important things to voters going into this midterm election season. So why wouldn’t these things matter to New Yorkers? The fact is they do.

The problem is that their leaders, including Hochul, don’t seem to get that. In fact, she even admitted as much during their debate.

Following Zeldin’s comments about why people are leaving New York, he mentioned that a large part of that is because crime has gone through the roof. Unfortunately, those like Hochul don’t seem particularly interested in holding the perpetrators accountable in the least.

He noted that, at that moment, the two were about halfway through their debate, and Hochul had yet to bring up crime or the fact that no one was being locked up for their crimes anymore.

Hochul responded that “anyone who commits a crime under our laws… has consequences.” But as we know, with all the new laws, regarding bail and whatnot, consequences and getting locked up aren’t the same. Instead, far too many victims see their attackers vindicated and released within hours of their crimes, having received nothing more than a warning, a slap on the wrist.

But then came Hochul’s real mistake.

She added, “I don’t know why that’s so important to you.”

Yes, she actually just admitted to not knowing why punishment for crimes was important. You should have seen the look on Zeldin’s face when she said it. She does know that she just signed her career’s death sentence, right?

What kind of governor doesn’t understand that criminals need to be locked up? Apparently, one who doesn’t care one whit about the people she’s leading.

And that’s precisely why it’s looking more and more likely that New York will have a Republican governor come November.