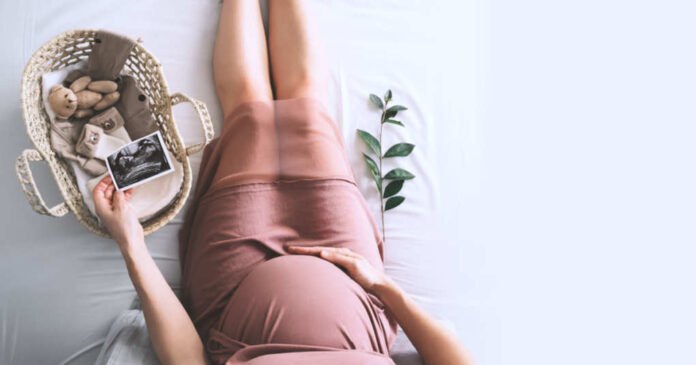 Alarming safety signals about the COVID shots continue to emerge on an almost daily basis, but the CDC and the FDA continue to act as if everything is normal. “Perfectly health professional and college athletes die of heart attacks all the time!” No, they don’t. And another thing that doesn’t happen on a routine basis in advanced countries like ours are stillborn births.

We have really good perinatal and neonatal care in this country, so we don’t normally have a lot of babies dying. But now there are – ever since the rollout of the COVID shots. In an email sent out to the staff at a Fresno hospital system last month, a managing nurse confirms that they’re suddenly losing dozens of babies to stillbirths.

The email, which was leaked to the Epoch Times, was sent out to hospital staffers on September 8th. The managing nurse notes that there were 22 “demise patients” (stillborn babies) in August, which tied the previous record of 22 stillbirths in July of 2021. There had already been seven stillbirths in September when the email was sent out on the 8th.

Late summer months are when this danger signal is always going to show up, now that millions of Americans have allowed themselves to be injected with the experimental mRNA gene serums. Most young couples try to have a May or June baby. But it always takes longer to get pregnant, so there are higher numbers of births in the July-through-September period than in May or June.

Under normal circumstances, a large hospital system like the one in Fresno will only see one or two stillbirths in a three-month period. Losing 22 babies in a single month should be a safety signal that brings the COVID shot program crashing to a halt. It’s not normal. It’s not even close to normal in a country like America.

It’s also clear from the email that many nurses are being traumatized by all the babies that are dying. The managing nurse reminds her underlings that they’re supposed to put the babies’ bodies into large white buckets and not in body bags for being transported to pathology or the morgue:

“I know it feels disrespectful to many of you to pour a bottle of saline over the baby, so you can wrap the baby in a saline soaked chux if it feels better to you, but it must go in a bucket if it goes to pathology… Small babies going to the morgue can also be placed in a large white bucket with saline or a saline-soaked chux.”

No wonder it’s traumatizing to the nurses in the neonatal section. They signed up for the job because they want to be working with live babies. If they wanted to pack babies’ corpses in buckets and a saline solution, they’d be working for the ghouls at Planned Parenthood.

The contents of this shocking email are consistent with data coming out of many other places as well. The COVID shots have caused an explosion of stillbirths. A study published in Florida recently found that women vaccinated with the COVID shot have alarming increases in fetal malformations, stillbirths, and fetal cardiac arrests – babies having heart attacks in the womb.

The CDC continues to state that the COVID shots are “perfectly safe” for women to take at any point in pregnancy. They also specifically state that the shots don’t cause miscarriages. It’s pretty clear by this point that the CDC is no longer a “public health” organization when it continues to ignore catastrophic safety signals like this. The COVID shots should have been pulled from the market months ago, but people are still being told that they are “safe and effective.”