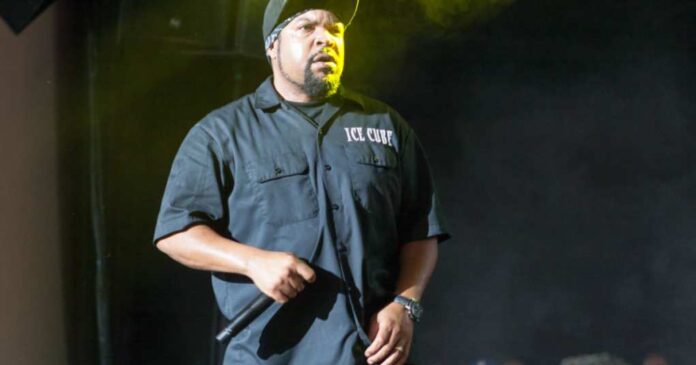 Biden said it himself – Blacks vote Democrat. But there’s no rule written in stone that says that’s the way that it has to be. There are countless Black conservatives out there, and Hershel Walker is just one of them.

Assuming that Blacks will always vote Democratic is racist – and it has quite a few members of the Black community asking why there is this expectation.

Ice Cube, a rapper and actor, conducted an interview in 2021 where he talked about how Black Americans haven’t gained much after voting Democrat for decades. And this interview has resurfaced and gone viral just in time for the upcoming midterm elections.

During Ice Cube’s interview with Graham Besinger, he talks about the Biden administration’s failure to engage with the “Contract with Black America” that is essentially a “blueprint to achieve racial economic justice.” This is something that Ice Cube has created – and he commented that the Trump campaign was willing to talk to him about it and even make adjustments. Meanwhile, the Democrats blow him off and claim that they’ll deal with it after the elections.

Ice Cube talked about some of the blowbacks that he received when he met with former president Donald Trump. He said that many assume that black people are unconditionally loyal to the Democratic Party – and that’s just not the case.

He hasn’t met with Biden – only an assistant to the president. And he hasn’t seen any action taken since Biden stepped into the White House.

Ice Cube has started to question why Black people should continue to choose the Democratic side when they haven’t been able to do anything of substance.

He commented, “I believe it’s important to engage with both sides, and not just one side because if the one side you’re engaging with doesn’t respond, there’s nowhere to turn.”

This is sage advice – and it’s something we’re seeing a lot as we get closer to the midterms. Too many Democrats have relied solely on liberal politicians only to get nowhere. As a result, they’re finally turning red so that they can see action be taken on the issues that are near and dear to their hearts.

Race is an important aspect, even in 2022. While many think that it’s uncomfortable to talk about race, it’s also why it continues to be a problem. No one wants to deal with it.

As a result, many Democrats have had trouble connecting with black voters. They’ve always assumed that they’d have those votes. And now voters are starting to ask, “What have you done for me?” When a politician can’t answer that, they choose to give the vote to someone who can answer, even if it means voting for a member of the GOP.

Senator Raphael Warnock is one who is particularly confused by the whole thing. He assumed he’d have the black vote because he’s not only black but also a Democrat. It turns out that some Black voters care about the issues, and so they’re voting for Republican challenger Hershel Walker.

Stacey Abrams, too, is finding it hard to attract Black voters.

It turns out that Ice Cube has been onto something for a while. Democrats are asking about the issues. They’re no longer voting blindly for the Democratic Party. And that means that Democrats everywhere are finding themselves in big, big trouble.