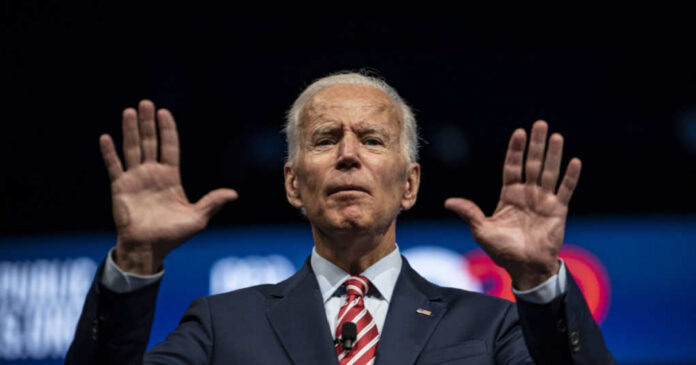 President Biden has never been the master of Twitter, technology, or even tiddlywinks. Rather, he has bumbled, stumbled, and fumbled his way through everything in life. Now he’s getting a taste of the liberal truth police, except they have changed their policies.

Now the truth police, or fact-checkers as they are more commonly called, are no longer running amuck on Twitter with only the liberal left controlling them. Now, thanks to Elon Musk and his quick changes to the company, they are checking for factual honesty and un-slanted truth. Something Twitter has tried to claim they have for years but has been proven to be a joke for almost as long.

Kicking off his new reign, Musk and his fact-checkers caught Biden spreading blatant lies almost immediately. “Let me give you the facts. In 2020, 55 corporations made $40 billion. And they paid zero in federal taxes. My Inflation Reduction Act puts an end to this.”

Many in the comments pointed out that Biden’s Inflation Reduction Act puts a minimum tax on corporations whose average pre-tax earnings exceed $1 billion. This kind of figure isn’t something easily reached, nor are there many to tax there. In fact, only 14 corporations would qualify under his plan.

Hence, this is not only a bad tweet, but it’s yet another of his hair-brained policies that accomplish nothing to fix the problems he and his policies have created. While a 15% minimum corporate tax on companies earning over $1 billion a year sounds great in theory, it is about as useless as tits on a bull.

While already signed into law back in August of this year, it was a part of his heavily compromised $1.75 trillion Build Back Better plan, that in fact did not allow the country to build back, build better, or especially build back better. Instead, it has only served President Biden, and members of his special interest groups to create more personal gain and scored a few political points along the way with the leftists.

The Internal Revenue Service (IRS) was able to carve out its own plus sides though. Within that plan, they got an $80 billion boost to their budget over a 10-year period. This is allowing them to hire, train, equip, and retain 87,000 new agents and staff. Granted these are very different staff than the IRS has had before.

Instead, these will be gun-wielding, highly trained, and ready-to-boot-in-the-door IRS agents. If anything, this sound less and less like IRS agents, but instead will be used as Gestapo agents for President Biden to keep the financial focus and heat off his darling Hunter. If the news is talking about regular citizens getting arrested by the new agents, they can slide past Hunter’s issues.

Using the bait and switch has been a Biden specialty, and now Twitter is finally catching up to his games. Thanks to Twit King Elon Musk, he won’t be able to use Twitter to push his agenda unchecked any further. Now, the left has all the fact-checkers they want.

The problem for them is, these aren’t the fact-checkers they ordered. Instead, Musk skipped over the wish.com editions that the left loves to use. He chose to go with consummate professionals and people who can check for the truth without an agenda to push. No political bias and no agenda to advance with the algorithm.

It’s amazing how angry the left is already getting exactly what they said they wanted, and not what they were secretly hoping for.