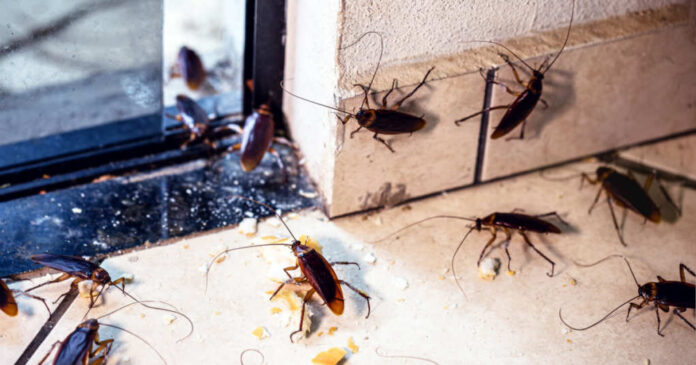 The people of Michigan have been through a lot. Not only are they dealing with the liberal leadership of Gretchen Whitmer but they’re also dealing with some unthinkable living conditions.

Those in Flint have had to deal with lead-poisoned water for how long, despite promises from the government that things would improve. And now, one neighborhood in Detroit had to cancel Halloween because there were cockroaches running rampant in the area.

It’s basically the stuff of nightmares – and it shows just how much the state has fallen. It’s also no wonder why so many people are choosing to move out of liberal states.

Lead-based water is one thing – but cockroaches are a deal-breaker for many.

Trick-or-treating was actually canceled in Wyandotte, just south of Detroit. The reason? Parents were afraid kids would end up bringing some of the creepy crawlies home with them in their bags of candy.

Along 20th Street between Grove Street and Eureka, cockroaches have infested an entire home and its neighboring properties. Garbage collectors discovered the infestation weeks ago and made a report to the authorities.

And with the way that cockroaches can reproduce, the infested house is likely to “share” with many of the neighbors.

The city issued a warning to the home that they had to address the problem within 30 days or face eviction. Following an inspection, it became clear that the owners did not comply – and the city will be possessing the home and exterminating it.

However, those things take time. The house may not have people living in there any longer, but there are plenty of other things living inside – and sending trick-or-treaters near the home could exacerbate the problem.

Cockroach eggs can be spread by attacking to costumes, shoes, candy bags, and more.

Becky Wallace, a resident of the neighborhood, explained that “Remember when the kids were little, and they drag their costumes and they’re dragging their bags?” She went on to say that if those costumes were to drag where there are eggs, they could easily be taken from home to home – and local officials were quick to agree with her.

Letters went out to residents all over the neighborhood to explain that trick-or-treating in that area of the city was canceled – and sidewalks were closed to ensure that everyone got the message loud and clear.

Of course, the city is already trying to cover its tracks. Todd Hanna, a City Councilman has said that the infestation of the neighborhood occurred at “no fault of the city.” The city has already offered to spray the affected yards at no cost.

Those in and around Detroit, Flint, and other cities have had to experience numerous atrocities under the Democratic leadership of Whitmer. ]

It seems that every so often, the state switches from Republican to Democrat and back again.

At this point, most of the ballots have been cast, so we can only hope for the best.

Until then, let’s hope that all of the trick-or-treaters were able to find their treats elsewhere. Because let’s face it, the tricks they could have brought home are simply unacceptable.

We’ve already heard about U-Hauls being impossible to get as people make a mass exodus out of California. Is Michigan the next state for people to flee from?