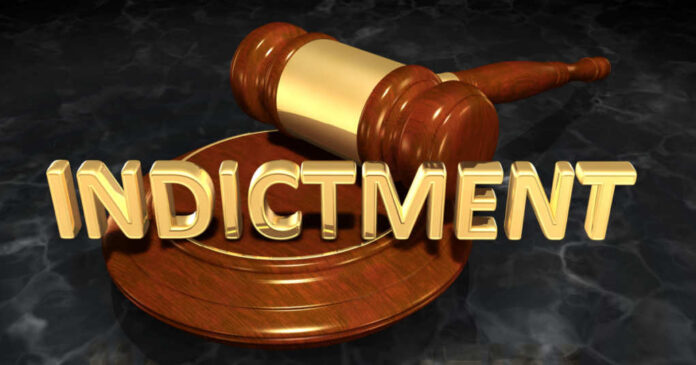 The writing has been on the wall since the August FBI raid of Mar-a-Lago that the Department of Justice is going to indict President Donald Trump. The only question is, “When?” We all know they’re going to indict him, and we all know it’s going to be some BS charge on par with the fake Ukraine phone call impeachment. It’s incredible to see just how afraid leftists are of Donald Trump’s inevitable 2024 comeback. They’re willing to shred the rule of law, and all previous norms and standards of our country, just to try to prevent the American people from reelecting one of the most beloved presidents in recent memory.

Aides on Capitol Hill say that House and Senate Democrats are placing tremendous pressure on Merrick Garland to indict Trump. They tried to impeach him over the Ukraine phone call and the mostly peaceful January 6 election justice protests (the insurrection!). Both attempts failed.

The Liz Cheney Committee tried to dirty up Trump and hoped that would lead to an indictment as well. They even enlisted the help of a Hollywood producer from CBS to “direct” the one-sided hearings on every TV station except Fox News. But the hearings failed to gain any viewership. The absurd allegations from “insiders” didn’t help.

Remember the lady that told the panel under oath that Donald Trump tried to choke out a Secret Service agent on January 6th so that he could take over the presidential limo and go insurrect the government? They actually thought that that would make Trump look BAD to his fan base. It had the opposite effect. Most of us would have paid good money to see that!

The result was that Liz Cheney, who has the benefit of one of the most establishment insider last names in American politics right now, lost her Wyoming primary reelection by 40 points. Oops.

So, that didn’t work.

They’ve tried every dirty trick in the book to this point. The only option they have left is to indict the beloved president. Failing that, they’ll need to give him the Shinzo Abe treatment to stop Trump’s inevitable reelection.

Republican aides on Capitol Hill are now saying that Merrick Garland will indict President Trump within two weeks after the midterm elections – before the Thanksgiving holiday. The absolute longest that Garland can wait after the midterms is about 60 days.

The sentiment is that if Garland waits any longer than that, it will be so painfully obvious that it’s all political shenanigans that no one will believe Trump did anything. Not that he has done anything. This is going to be some paperwork “crime” that will make most people yawn. The point will be to put Donald Trump in handcuffs and to make sure the media is there with their cameras running while it happens.

The unstated goal of the Democrats has been to try to splinter support for Donald Trump among Republican voters. That’s why they’re pushing potential 2024 rivals like Mike Pence, Tim Scott, and Ron DeSantis so heavily right now. They think that indicting Trump is going to make us all think, “Oh, well, guess we’ll have to vote for Mike Pence instead!” They’ve never read the America First movement correctly from the very beginning, so why start now?

The left doesn’t seem to realize that indicting President Trump on some fake charge is likely to create a political martyr of him. You arrested a former president for a paperwork crime? Huh?!

Trump’s indictment is coming. We should all be bracing for that. But since we know it’s coming, let’s all take a deep breath and understand what it means. When people see what’s happening, more of them are going to recoil from the Democrat Party in disgust, and our movement will continue to grow. That’s a good thing. Indicting Trump is going to further unify the political right against establishment Washington.