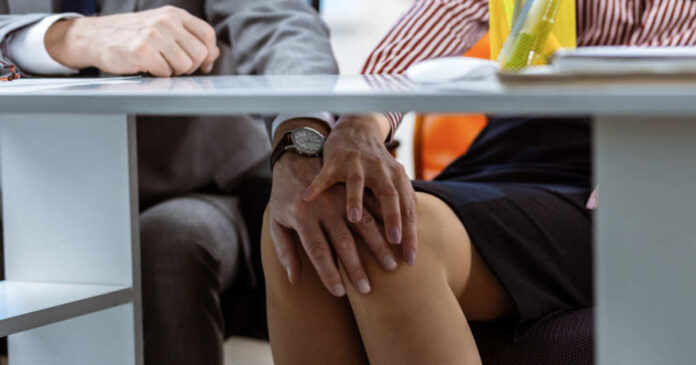 New York has become a liberal breeding ground for entirely too long. The leadership is usually involved in one scandal or another. And as such, it allows for various loopholes. Some loopholes are an “oops.” Others can lead to significant dangers.

One teacher was accused of sexually harassing students. And he was removed from a school pending the investigation. This should have barred him from teaching at any other school. After all, why would any school knowingly put their students in harm’s way?

Well, one particular teacher found a loophole – and it spells trouble.

Gabriel Mitey is a 28-year-old who taught social studies at the Lower Manhattan Arts Academy. After being accused of sexually harassing at least a few of the students.

While at LoMA, students reported seeing a photo of Mitey on Snapchat where he was naked except for a towel loosely covering his groin area. Those who followed Mitey copied the image to share with others.

LoMA removed Mitey from the school for a while. When they attempted to reinstate him, parents and students alike complained. As one dad said, “We don’t want any pervert teachers.”

It’s possible that the principal at the time, Derek Premo, had tried to protect Mitey. He has since resigned amid some of his own sexual harassment allegations.

It would seem that Mitey’s teaching career would be over, but not so fast. We’re talking about New York City here, and there are always loopholes.

Rather than simply allowing Mitey to find another career, he was actually recommended by the city’s Department of Education for a special education vacancy at PPAS.

This is after Mitey received five complaints between 2020 and 2021. The Special Commissioner of Investigation for City Schools closed three cases and referred the other two to the city’s DOE.

How did they get away with this? The DOE suggested that Mitey change his name. Loophole found.

So, Gabriel Torres was the one who began working at PPAS.

Parents won’t figure it out, right? Wrong. A photo of him was shared, and a parent recognized his photo.

PPAS principal Kevin Ryan had to confirm that Torres and Mitey are one and the same. Ryan reported to concerned parents that he had no idea that Mitey had a troubling history and that “Torres” had come highly recommended by the DOE.

Imagine that. The city’s Department of Education is actually highly recommending a man who had multiple sexual harassment allegations against him. It’s as if they don’t care about the students’ welfare at all.

The DOE has refused to comment on the case, according to the NY Post. It’s not surprising. What are they supposed to say? They can’t possibly admit the truth because it’s clear that they allowed the teacher to change his name so that he could continue working within the city.

It’s also unclear as to whether Mitey has legally changed his name to Torres or made the switch on paper so that he could work the loophole.

Either way, the NYC DOE is literally putting students at risk of being sexually harassed in the school. They knew what Mitey/Torres did and they didn’t care. They even showed him a loophole so that he could continue to do what he has been doing.

It’s sick, but this is liberal politics hard at work.