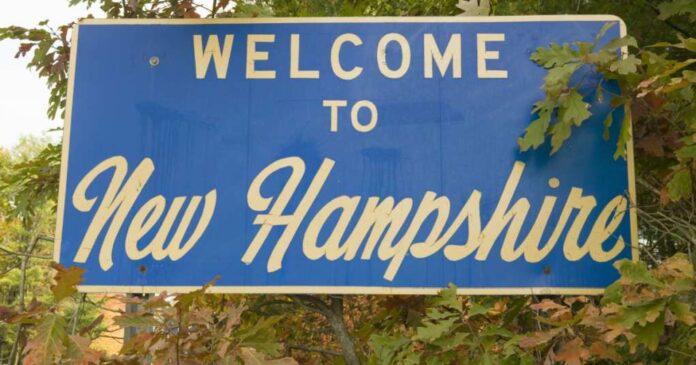 This week revealed another level of hypocrisy from the progressive Democratic Party. They have had no trouble blaming the attack on Paul Pelosi on the GOP, they easily claim that it’s the Republicans who incite violence against people. It doesn’t matter that there has been nothing proven with the man who attacked Pelosi. The president even jumped on board with this crazy rhetoric saying that such talk needed to be “stopped.”

They have all but ignored the violence that has come from the left in incidents like the GOP baseball practice shooting in 2017, the assassination attempt on Supreme Court Justice Kavanaugh, and all attacks that have come against Trump supporters over the last few years.

The Pelosi attack has gotten the media spotlight along with continued talk about the January 6 Capitol riots. But where was this kind of talk when there were literally hundreds of BLM and Antifa riots?

This week, there was an even greater example. Republican New Hampshire state Senate candidate Lou Garguilo said that he and his supporters have faced multiple violent incidents just over the past few days.

Gargiulo said that it has been getting rough, “There’s an extraordinary amount of hostility from some people,” he told NH Journal. The state senator said that a truck driver twice attempted to drive his vehicle into a group of his supporters during his campaign.

The driver drove up to a group of 10 to 12 of his supporters holding campaign signs and swerved right at them. After he drove past them once, he turned around and came back toward them a second time. The driver then got out of his car and wanted an altercation.

“He wanted to get into a fistfight,” Gargiulo said.

Police were called in to help, but the Seabrook Department did not respond to questions about the incident.

Gargiulo expressed that he had an iced coffee thrown at him and his wife had a power tool battery thrown at her over the weekend that could have hit her head and killed her. The Rye Police are investigating that incident.

Gargiulo went further with stories of violence and anger and said that his opponent has never once condemned this kind of activity. He explained that the Democratic Party is seeing its central message about abortion rights falling flat and they have themselves to blame for the huge red wave that is coming.

The people in his state are worried about record inflation and the rising costs at the grocery store. It’s hard to keep heat in their homes for the coming winter.

That is why there is hostility and anger, the Democrats are not addressing the real issues and they are going to lose. And there was a new poll released that indicated that independents in the region are moving to the Republican side. Gargiulo said the Democrats mentally cannot handle it.

The Rye police department did say that violent acts are getting out of hand in New Hampshire.

Neil Levesque, executive director at the New Hampshire Institute of Politics at Saint Anselm College, said that Democrats are not prepared to lose.

“They’re not going to be able to handle it and that’s going to cause a huge reaction. We think we’ve seen people questioning elections in the past –wait for what’s likely to come when they lose control, he said.

Why haven’t we heard anything about New Hampshire’s violence from the Left?