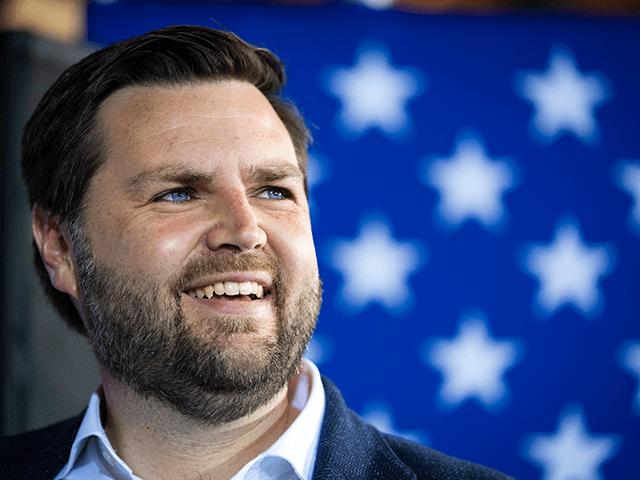 Trafalgar’s late Sunday night poll showed that 53.9 percent of voters in Ohio would support Vance in the midterm election in just two days, compared to the 43.5 percent who said they would support the Democrat. Only 2.5 percent were undecided.

The poll sampled the 1,123 likely general election voters from November 3 to 5, with a 2.9 percent margin of error and a 95 percent confidence level. The poll’s respondents were 45.1 percent Republican, 40.6 percent Democrat, and 14.3 percent had no party or other affiliation.

Sunday night’s Ohio poll indicated that Vance had gained ground since the Trafalgar poll from roughly three weeks ago when the Buckeye State Republican had support from 47.3 percent, leading Ryan by 3.5 points when the congressman had 43.8 percent support.

During the election cycle, the two candidates have gone back and forth on who would be better to represent the state. However, Ryan has done a disservice to himself by trying to campaign like a moderate.

In fact, during the first debate between the two, Ryan, who votes with his own party’s leadership 100 percent of the time, said that politicians “who don’t have to guts to stand up to their own party” are a “huge threat to democracy.”

But, as Breitbart News has reported in the past, Ryan has voted with House Speaker Nancy Pelosi (D-CA) and President Joe Biden 100 percent of the time in the most recent Congress. Additionally, Ryan has even claimed to align himself with Trump’s policies occasionally, even though he only voted for Trump’s agenda 16 percent of the time.

However, Vance acknowledged during an exclusive interview with Breitbart News that, despite what Ryan is saying, the country needs a “new generation of leaders,” not the “old generation” like his opponent the congressman is a part of.

Ohio’s U.S. Senate race is critical to the Republicans’ chance to retake the majority in the 2022 midterm elections. With Ohio currently being represented by a Republican, it is crucial for the party to keep the seat.

The Senate is currently divided 50-50 between the parties, with Democrat Vice President Kamala Harris casting the tie-breaking vote. Senate Republicans must hold seats in states such as Ohio and Pennsylvania and net at least one seat to put the GOP back in the majority and hinder Biden’s agenda.

The Ohio Senate election, along with other races throughout the country, will take place on November 8.