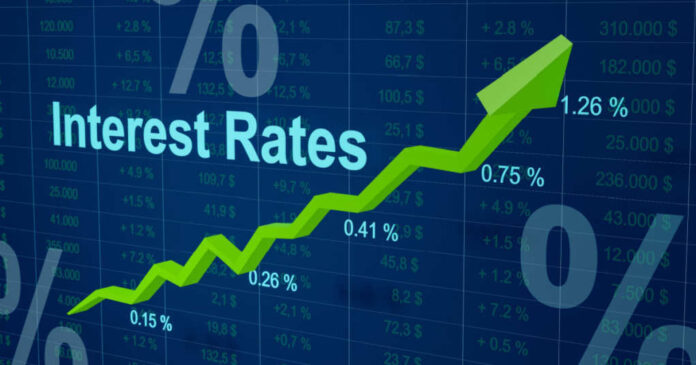 The Federal Reserve wasted no opportunities to give the American people another hike in their interest rates on November 2nd. With the midterm elections just around the corner, this rate hike likely changed at least a few votes. With inflation climbing nearly nonstop for the last two years, this rate increase comes as no real surprise to anyone.

Making the fourth time the Fed has raised the interest rates on the American people by a tremendous amount in a row. The three-quarters-of-a-point increase now has the country at its highest since January 2008, with a benchmark between 3.7 and 4 percent. It wasn’t unexpected either, and as the fourth consecutive raise of 75 base points, it puts the American people in a tight spot.

The Federal Open Market Committee made it clear that more rate hikes are coming, and that they will be paying attention for delayed results in this rate hike and previous ones before enacting anything further. “In determining the pace of future increases in the target range, the Committee will take into account the cumulative tightening of monetary policy, the lags with which monetary policy affects economic activity and inflation, and economic and financial developments.”

Equity markets saw this increase as a positive bit of news, and when the announcement was initially made, markets rallied, but it was a short-lived session. American investors like seeing limited news like this, but many are also scared by it. The US dollar has previously risen against foreign currencies on this kind of news before, but this time it sank as a result.

Anytime the American people hear this kind of news a few things run through their heads. The biggest question of course is, what is happening to their retirement, mortgage, or other investments. For many, this means a drop in their retirement accounts, their mortgage rate will go up if they have an ARM instead of a fixed rate, and naturally, their dollar buys even less as groups raise prices to make up for their dollar not going as far.

For what it’s worth, economists are split on what the Fed needs to do next.

Analysts at UBS, Credit Suisse, Nomura, and Deutsche Bank are all calling for a three-quarter of a percentage point rise. Analysts at Goldman Sachs, Morgan Stanley, and Bank of America see it coming in shorter, with a half-a-point rise being announced at the December meeting. Pricing of the fed funds futures, a derivative that allows traders to speculate on future Fed moves, is offering about even chances of each size move.

The moves by the Fed as of late are to counter the ill-advised moves from the Biden administration, and the trickle-down results that have come from them. Unlike the traditional “trickle-down economics” everything thinks of when they hear that term, these results reach the people from the middle of the ladder on down. Those halfway up the socio-economic ladder and below pay for all the mistakes of the people above them.

Never mind that people like President Biden, much of his staff, and other leftists are profiting from his policies at every turn. From stocks to land ownership, to investment properties. The leftist politicians are sitting back and getting richer and richer off the moves they are making to throw this economy in the dumpster, and we the American taxpayer are covering it.

Until either Biden gets out of office, he gets forced to change his policies, or the Saudis and the rest of OPERC+ decide to work hand in a hand with the US, we are all screwed. Make sure you thank your local leftist today. Their shortsighted voting and horrible choice of a dementia patient for President has screwed us all.