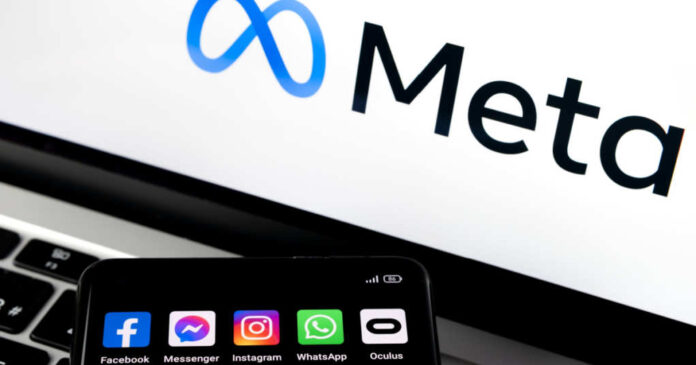 Meta Platforms, the parent company of Facebook, Instagram, and many others is in grave danger as the financial tide continues to churn. Naturally, this isn’t the fault of leadership. Rather, this is something they are going to make their employees suffer as thousands of Meta employees are suddenly being terminated.

While other companies in the tech industry such as Twitter, Snap, Microsoft, and numerous others are forced to do the same, Meta seemed to be safe. The way they had positioned themselves has been working over the last few years, but now that Biden’s policies began to take full effect, it all became a pipedream. Fortunately for Meta employees, the writing was on the wall for those smart enough to read it. Speaking to investors on October 26th, CEO and co-founder Mark Zuckerberg didn’t hide the fact that Meta is now losing steam as people tire of their policies.

“In 2023, we’re going to focus our investments on a small number of high-priority growth areas. So that means some teams will grow meaningfully, but most other teams will stay flat or shrink over the next year.” Zuckerberg also added in a prediction that Meta will “end 2023 as either roughly the same size or even a slightly smaller organization than we are today.”

It’s no shocker that Meta is down 73% so far in 2022. The platform underwent a massive change in the last two years, and they are paying for it. One of the biggest changes Meta made was to try and silence the conservative voice. Even when organizations would pay to boost posts, they would find themselves throttled down if their posts were related to the second amendment, keeping families whole, or the conservative voice.

Meanwhile, liberal views would be automatically put in front of tens of thousands of people just because it was friendly to the left. Zuckerberg’s bowing and kissing of the ring has now come back to bite him and other Meta investors in the ass as the chickens are now coming home to roost.

Pushing one voice over another is now what America is about. It certainly isn’t about pushing one voice for free and taking money from the other side just to get their message heard by anyone at all. America also isn’t about having the nameless and faceless deciding your intentions behind a joke and then terminating your ability to use that platform to continue saying what you want to say.

Altimeter Capital is an investor in Meta, and last month they also issued a letter to Meta. They see the problem as having too many workers and want the workforce cut by 20%. “Like many other companies in a zero-rate world — Meta has drifted into the land of excess — too many people, too many ideas, too little urgency. This lack of focus and fitness is obscured when growth is easy but deadly when growth slows and technology changes.”

Facebook and Instagram had already rebranded together as “Meta” last year, in the hopes of changing the company image, and the perception by investors. It didn’t work. Neither did the 28% jump in employees to 87.300 at the end of September.

The funny thing is, Zuckerberg, any leader at Meta, and anyone who uses their platforms could fix the problems.

Unfortunately, Zuck, Meta investors/advisors, and other leaders don’t want to make these changes. They don’t want to accept the conservative voice as not only a legitimate voice but the voice that can fix their problems. Accepting that the nuclear family is stronger than the 5-baby-daddy idea? Nope. Even considering using some of those 87k employees to give timely responses about account issues? Never.

The same liberal mindset that brought people to Meta thinking it was a better alternative to LiveJournal, AOL, and message boards is the same one that will now end Meta. Too bad, it was a nice ride.