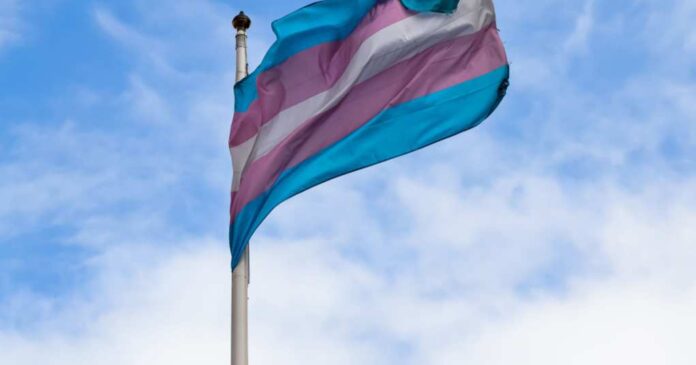 College is a time of free expression. People go there to learn, and to expand their minds. Many go in with the proper idea that they don’t know enough about the world and are there to experience other cultures. They want to build on their beliefs and experience the world from another perspective. Many are open-minded and willing to accept the rules as they are.

The problem is students with a liberal mindset cannot handle that kind of responsibility. If something offends them or makes them feel like they suddenly are not in a safe space, they must have it changed to accommodate their feelings. At Trinity College in Connecticut, they take the liberal left’s feelings very seriously, and they will enforce the rules only for their comfort.

Roommates Finn McCole and Lucas Turco had affixed two variations of the American flag to their dorm room window at the start of the semester. With gay and trans pride flags affixed to other dorm rooms, the duo felt that their flags could stay. The two flags in question were an American flag with the Gadsden “Don’t Tread on Me” graphic superimposed on it. The other was a “Thin Line” flag – a black and white American flag with blue, green, and red stripes, representing police, military, and federal agents, and firefighters, respectively

On October 27th, they were ripped down by two ladies who claimed to be campus officials.

Speaking with Fox News Digital, the duo gave a recount of what happened. “No prior request was made for us to remove the flags,” McCole told Fox News Digital. “The two women from administration showed up at our dorm and said we have an official order from the dean to remove them immediately. When we requested to speak to the dean, they responded by calling campus facilities to bring a ladder to our dorm. The woman then ripped the flags down, as seen on video. This occurrence was our only explicit warning. There are no emails requesting us to take down the flags.”

This story caught national attention because of their TikTok account, and they ensured that they filmed the removal of their flags as well as the administration. In the video, you can hear the ladies claiming that the other flags would be removed, but nothing happened. On October 31st the administration sent out a campus-wide email, directing everyone to remove their flags as they violated the Trinity College Student Handbook.

Fox News asked Trinity college why their flags were ripped down with no warning, and days before the rest of the student body was asked to remove theirs. Naturally, the liberal college heads refused to give a direct answer, and instead just admitted that they needed to do a better job with the consistency in which they enforce the rules. Given the way most colleges are run these days, this statement is nothing but pacification without any real action.

On October 28th, McCole and Turco said they spoke to Dean of Student Life Dr. Jody Goodman and Assistant Dean and Coordinator of Student Standards John Selders. While talking to them, school officials apologized and admitted they could have done a better job. The students took the time to ask why they were targeted, and according to the school, people were offended by the flags. This is an incredibly objective viewpoint, and while it’s one they are entitled to, freedom of speech means that these students have the right to express themselves too.

These two are now dealing with what many call reverse discrimination. They are being targeted for having pride in their country, and not their sexuality. Liberals cannot stomach this idea and refuse to see what is wrong with this mindset, or how dangerous it is. Thankfully these two are level-headed and want to be patriots while still playing by the school’s rules, they just want it to be equal.