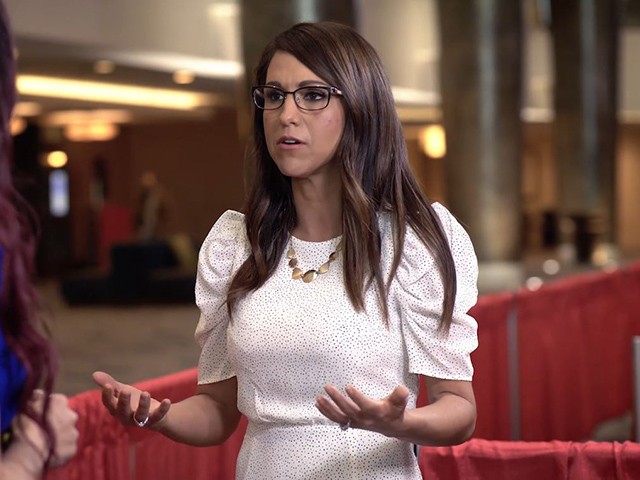 Boebert took the lead in the race for Colorado’s Third Congressional District, slightly edging out Frisch by just under 800 votes with 98 percent of the votes counted, by 3:30 p.m eastern.

The congresswoman, running for her second term in Congress in the Centennial State, was behind Frisch by 64 votes Thursday morning but took the lead and gradually extended it over the course of the day.

Boebert is running against Frisch, a local businessman. He served on the Aspen City Council and was recently accused of being the target of a blackmail attempt concerning surveillance footage of him showing up to a storage unit facility where a local business owner alleged he was caught having an affair.

But even though Boebert has taken the lead with two percent of the votes left to be counted, a recount could be triggered if the final margin is less than or equal to half a percentage point.

On Tuesday night, when votes were starting to be tallied, Frisch took a commanding lead, which Boebert later narrowed before taking the lead.

The Democrat, who appears to be hoping military and overseas ballots will put him back over the top, said in a statement, “Everyone in this district deserves to have their voice heard, regardless of political affiliation, and I am confident that each and every valid ballot will be counted.”

“In particular, we must honor and respect those who serve our country by ensuring that every military ballot is taken into account,” he added.

Shortly after Boebert took the lead, the congresswoman tweeted, “Winning!”