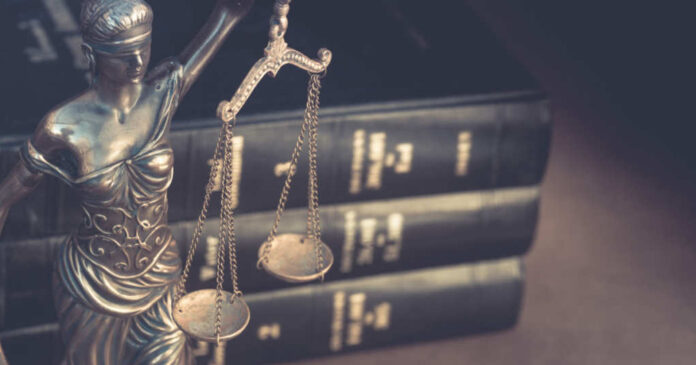 As you know, since January of 2021, shortly after the January 6 capital incursion and Joe Biden’s ascent to the Oval Office, Republicans loyal to or even having anything to do with Donald Trump have been on trial for crimes aplenty. Ok, so not everyone has been put on trial or investigated. But thanks to Democratic-led committees like the House Select Committee, the number of those who haven’t are getting slimmer by the day.

Then again, the number of those actually charged and found guilty isn’t really growing.

As with no small number of former Trump aides and associates, the Department of Justice under Biden and the Dems, along with the Federal Bureau of Investigation, have alleged that Barrack acted as a foreign agent without first notifying the government. He was also charged with lying to the FBI during their investigation into him and his actions.

However, on Friday, a Brooklyn, New York, jury acquitted Barrack and his supposed accomplice and former aide, Matthew Grimes.

According to prosecutors, Barrack had used his longtime friendship with Trump to give UAE officials information about the 2016 campaign and then the White House itself after Trump was elected as President. If found guilty, that charge alone would see him imprisoned for ten years.

Of course, as I mentioned before, that’s not the only charge the corrupt Democrats tried to stick on Barrack. They also claimed that he lied to the FBI in 2019 during their investigation, a charge of obstruction of justice.

And for his supposed part in it all, Grimes would have also been charged with a number of felonies that would have likely ended in imprisonment.

But that’s not what happened.

Instead, that same day saw the release of a major report by House Republicans about the Judiciary Committee alleging that both the FBI and DOJ have been used in subsequent years as a political weapon by the White House and the Democratic Party.

Included in the report were numerous whistleblower accounts of the FBI “abusing its law-enforcement authority for political reasons. Those whistleblowers noted that the Bureau was “rotted at its core” and had created a “systemic culture of unaccountability.”

One such accusation showed that the FBI had inflated statistics surrounding domestic extremism to match Biden’s claims that such was growing in the US and was a serious threat. According to House Republicans, this only proves their point that the FBI, alongside Biden’s DOJ, has been being used to promote certain political issues and not actual justice.

As you can imagine, such a report doesn’t exactly lend itself to giving either the FBI or the DOJ much credibility, particularly in cases such as Barrack’s, where a political opponent to Biden is being accused of supposed wrongdoing.

Now, of course, I can’t say that this report alone led to Barrack and Grime’s acquittal. I’m sure evidence, or the lack thereof, played a key role. Additionally, it could be that very few, if any, on the jury actually knew about the report, given that it was just released.

In any case, its existence and supposed proof doesn’t exactly bode well for any other current cases against Trump and his affiliates. The current DOJ and FBI would love for you to believe what the Democrats have been claiming for a while now, that Trump is corrupt and all those who follow him are a threat to democracy.

However, reports like this can’t just be wiped away and erased. They are also the kind of thing that could topple the Democrats’ slim hold on power, whatever they have managed to hold onto after this month’s midterms. The people of America are already hesitant to believe anything that comes from the White House these days, and for good reason.

This report only proves that hesitancy just.