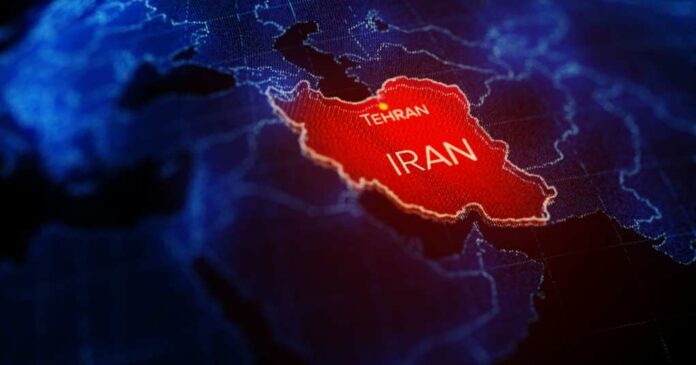 If you know much about the Middle Eastern nation of Iran, it’s likely that it’s a very dangerous place for westerners and quite volatile. While some of its neighbors are war-torn and dilapidated enough to deserve help from ally nations like the US and the United Kingdom, Iran has had no such luck. Why? Well, because its leaders, the Shiite currently in place, won’t allow it. In fact, year after year and month after month, the nation seems to only learn to abhor America more.

Of course, that doesn’t mean we haven’t been instrumental in making big changes there. You know, changes like taking out or capturing some of their biggest human rights offenders, such as known terrorist and all-around bad guy Qassem Soleimani in 2020.

But moves like those don’t make the US any more well-liked over there. In fact, they’ve pushed an already unstable leadership to the brink of declaring war in recent days.

On Tuesday, it was noted that the Red Flag of Revenge had been raised over the Holy Shrine of Shah Cheragh in the Iranian city of Shiraz.

And yes, you read that right, they actually have a “Red Flag of Revenge.”

Apparently, it’s a Shiite tradition to raise the flag whenever blood has spilled unjustly, and revenge is seen as acceptable. According to the Sun, it’s seen as a call to “avenge the person slain” and basically a declaration of war by the government against its enemies.

So what are they avenging exactly?

Well, in late October, shooters opened fire at the shrine the flag now flies above. At least 15 were killed, and 40 or so others were wounded, according to VOA Persian. At the time of the attack, the nation’s supreme leader, Ayatollah Ali Khamenei, promised to deliver swift and complete retaliation for the loss of those lives.

He said in a statement that the attackers “will surely be punished” and that they “have a duty to deal with the enemy.”

And now, it seems that threat has been made even more public, with the raising and flying of the Red Flag of Revenge.

Now, you might not assume that this means much to us over here stateside, safe in our homes. However, it is important to note that throughout history, this flag has also been raised just prior to attacks on US troops.

Take the Iranian missile attack on US Military’s Al-Asad Airbase in Iraq, for example. Mere days before the attack, the Red Flag of Revenge was seen waving in Iran.

This means that should the Islamic Republic see fit, this flag-raising could threaten more than just whoever decided to shoot up the Shah Cheragh shrine.

Additionally, it’s important to note that at this specific time, the Middle Eastern nation seems even more unstable and volatile than usual. Over the past few weeks and months even, there has been more unrest than usual. Protest after protest has occurred, decrying the government’s unfair and sexist laws.

It began after Mahsa Amini, a 22-year-old, was killed by the Iranian morality police for not veiling herself correctly in public. Additionally, Iranian competitive climber Elnaz Rekabi was punished and brought home to Iran early after competing in South Korea with her hijab.

And the Iranian government’s response to those protests has not improved things. For instance, in October, police opened fire on students protesting at Tehran’s Sharif University.

Again, you might not think this has much to do with you or the US at all. However, I wouldn’t be so sure.

Amid all the protests and civil unrest, the nation’s leaders have repeatedly made international threats that they are “weeks away” from procuring themselves a nuclear warhead and an arsenal that could travel great distances and achieve even greater destruction.

The Iranian Revolutionary Guard has also launched a satellite-carrying rocket in recent weeks. And this has made many US officials concerned about the future use of long-range missiles from Iran.

Let’s just say that none of this exactly bodes well for nations like the US, whom Iran has already deemed a major threat to their existence and an “enemy” that needs to be dealt with.