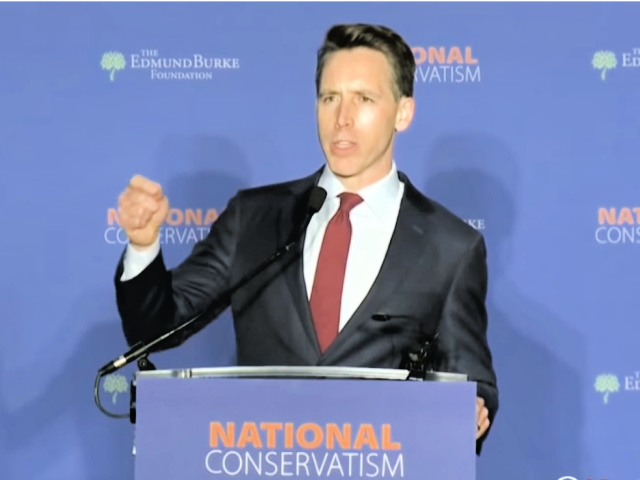 Hawley’s call to “bury” and “build” a new Republican Party comes after several within the party were hopeful they would regain control of the Senate since they only needed to flip one seat. However, as of Saturday, the GOP is now at risk of losing one seat in the Upper Chamber depending on the results of the Georgia Senate runoff in December.

The day before the Midterm elections, Hawley indicated his support for change within the party following his statement that he would not support Sen. Mitch McConnell (R-KY) for Senate GOP leadership.

“I don’t imagine I will, no,” Hawley reportedly said when asked if he would back McConnell. “I’m not sure if any other senator will run or not. Nobody’s indicated they would. But my view is that we need new leadership in that position.”

McConnell is facing intense criticism from within the party after the Super-PAC he is aligned with, the Senate Leadership Fund, withdrew ad spending for Republican candidate Blake Masters in the winnable Arizona Senate race to attack fellow Republican Kelly Tshibaka, who is challenging McConnell ally Sen. Lisa Murkowski (R-AK) in the Alaska Senate race.

The Missouri senator then joined Sen. Marco Rubio (R-FL) and other colleagues in calling for the GOP senate leadership vote to be delayed until the Georgia Senate runoff results are determined.

“Exactly right. I don’t know why Senate GOP would hold a leadership vote for the next Congress before this election is finished,” Hawley said in response to Rubio’s call for the Senate GOP leadership vote to be postponed. “We have a runoff in #GASenate — are they saying that doesn’t matter? Don’t disenfranchise @HerschelWalker.”

Since he was elected in 2018, Hawley has been one of few Republicans to challenge the GOP establishment orthodoxy — which typically prioritized corporate interests and foreign interventionism in the past — in favor of prioritizing working and middle-class families.

The non-orthodox policies that Hawley has voiced support for include regulating and breaking up Big Tech, giving wage subsidies to low-wage workers employed by small businesses, creating tax credits for working-class families, and calling for the U.S. to withdraw from the World Trade Organization.