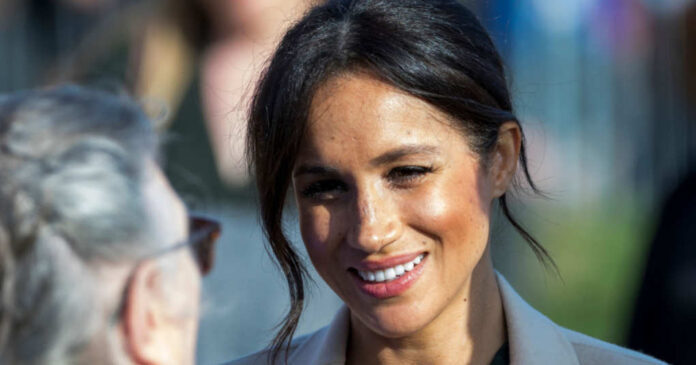 It’s official: 2024 campaigning has begun. Or at least that’s where the focus has quickly turned now that the 2022 midterms are over. In the coming days, weeks, and months, we’ll likely see all sorts of announcements being made by White House hopefuls on both sides of the aisle.

While both sides will likely put out some rather interesting names, it will be particularly fascinating to see who shows up for the political left. One such possibility is none other than the Duchess of Sussex.

Yep, that’s right. It has been floated that the former actress and artist Meghan Markle, of all people, might have a good shot at winning the Democratic nomination for 2024.

Of course, that doesn’t mean she’ll have much better luck than Avenatti or will do a better job as president than our current one.

She has exactly two things going for her. Well, three, if you count her worldwide name cred, not all of it good, I might add. The other two are that she is a woman and one “of color.” Note how well that worked for Kamala Harris…

And according to recent polling, that’s exactly what the Democrats are looking for this go round. The U.K. Express, the DC-based Democracy Institute, for example, says that a majority of Democrats want to see a female take the lead going into 2024 and be named on their ticket.

As Democracy Institute director Patrick Basham noted, “We have confirmed that most Democrats want a female and arguably demand a female candidate next time.” Apparently, the party is tired of putting white heterosexual males on the big stage only to have them make the same kind of mistakes and policies again and again.

You know, men like sitting President Joe Biden, who has utterly failed the party and yet still insists he’ll run again in 2024. Hell, this even includes men like Transportation Secretary Pete Buttigieg, whose only real talking point is that he’s gay. And it certainly discredits liberal California Governor Gavin Newsom.

And so, possible female contenders are being seriously considered.

As the Institute mentioned, Markle was not their first choice. But seeing as Michelle Obama has never appeared to be serious about a White House run, she has been taken out of most polls. Markle, on the other hand, has been seen moving closer and closer to not only having deep political ties but “testing the waters” of a political run in recent months.

Of the 64 percent of Democrats who say they want a female leader, 27 percent said Markle would be their first choice, according to the poll. Liberal Vice President Kamala Harris took second place with 25 percent.

Next in line was Hillary Clinton and admitted socialist Alexandria Ocasio-Cortez, who tied with 20 percent. Liberal Massachusetts Senator Elizabeth Warren brought up the rear with a mere eight percent.

The question is, will Markle have what it takes to gain the nomination needed and then the fortitude to take on someone like Trump or Florida’s Ron DeSantis, a man already being named “America’s Governor?”

Unsurprisingly, the answer is a rather resounding no.

As I mentioned, she does have widespread name recognition. After all, she is part of the royal family of the United Kingdom, arguably the most famous in the world.

However, her position there is not necessarily one of greatness, particularly since she and Harry took their leave of England and the royal family altogether. Besides, it’s not like she married Prince William. Harry is and always has been the black sheep of the family.

In fact, both she and her husband are increasingly seen as ‘woke royal’ pariahs in England itself. And while it is noted that they are viewed in a slightly better light here in America, royal expert Jack Royston says they are “not without their critics.”

Of course, none of that has to do with the fact that she hasn’t really done anything beyond a bit of small-time activism. True, she hasn’t failed as Biden has, but that’s likely because she hasn’t been allowed to try yet.

If anything, this is just more proof that the Democrats are growing more desperate by the day.