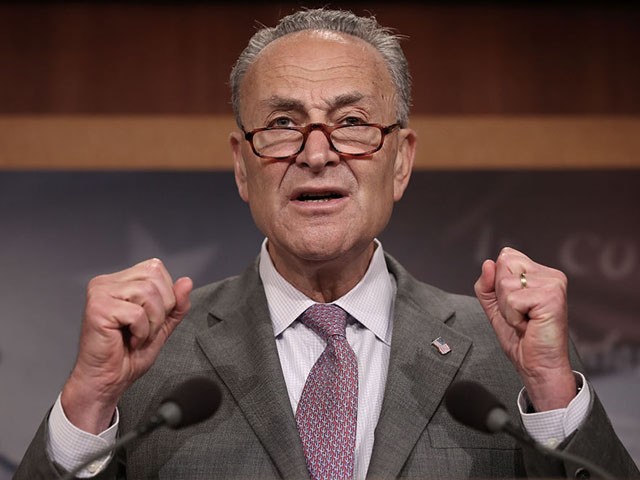 On Monday’s broadcast of MSNBC’s “Rachel Maddow Show,” Senate Majority Leader Sen. Chuck Schumer (D-NY) said that if Democrats win the Georgia Senate runoff in December and have 51 Democrats in the Senate instead of 50 it will make passing legislation easier and they can get nominees like the “progressive judges” they’ve confirmed so far confirmed much faster.

Schumer said, “It’s not 1% different. It’s very different, for the better. For one thing, any time a judge or nominee to the administration — we’ve had a lot of good, progressive nominees — gets a vote out of committee that’s 10-10 that’s tied, it delays things for a week. You have to go to the floor, you have to get the time, and you have to bring Kamala Harris there and do what’s called a motion to discharge out of committee. If we have 51, there will be no more motions to discharge. It will mean appointees and judges will get appointed much more quickly. And you know, we’ve had a great record with judges. We’ve set the record, as of today, actually, 83 new judges, two-thirds women, half people of color, and progressive judges, not just partners in law firms and prosecutors, but legal aide attorneys and immigration lawyers and consumer advocates, things like that. So, that will make that a lot easier. The second thing it does is you can get different bills out of committee much more quickly. Third, we can have subpoena power. With 50-50, you can’t really get subpoena power. So, it means it’s a lot easier to get things done. And one other thing, when you have 50 senators…obviously, any one senator can say, I’m not voting for it unless I get this, this, or this. When it’s 51, it’s harder to do.”