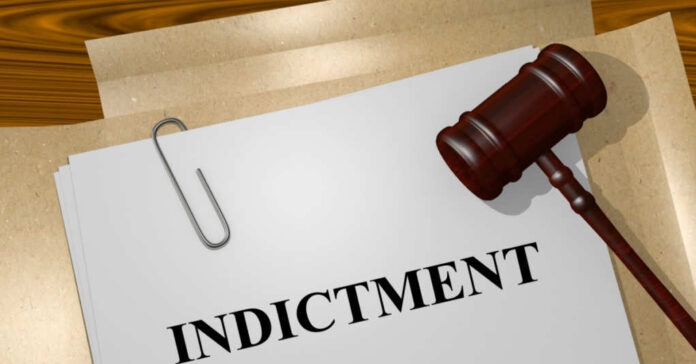 Conservative writer Marc Thiessen, a regular contributor to Fox News, has an intense challenge for the Republican Party. He believes they should engage in deep introspection following their failure to deliver the expected “red wave” in the midterms.

In a world that was unfavorable to the Democrats, the GOP could have won decisively nationwide.

Thiessen said the result of the election was a “searing indictment” of the Republican Party.

“We had the worst inflation in four decades, the worst collapse in real wages in 40 years, the worst crime wave since the 1990s, the worst border crisis in U.S. history. We have Joe Biden, who is the least popular president since Harry Truman — since presidential polling happened — and there wasn’t a red wave,” Thiessen said on Fox News.

“That is a searing indictment of the message that we have been sending to the voters. They’ve looked at all of that, and looked at Republican alternative, and said no thanks,” he continued.

Thiessen believes that the Republican Party needs to look into the mirror right now so that they understand the “absolute disaster” of this election cycle.

The Fox News contributor did not mention former President Donald Trump by name, but he did say that the GOP needed to look at Republicans like Florida Gov. Ron DeSantis, Texas Gov. Greg Abbott, Ohio Gov. Mike DeWine, and Georgia Gov. Brian Kemp as the future of the Party.

The final results of the election seem to prove Thiessen’s position correct. Those who received endorsements from Trump don’t seem to have done as well as those who distanced themselves from him. Both Herschel Walker in Georgia and J.D. Vance in Ohio have either lost or are winning by a slim margin, and they both had a Trump endorsement.

There was a red wave in Florida, where DeSantis once again proved that he can reach voters the GOP has struggled with in the past.

What are some things we learned from voters in the midterm elections?

First, Trump now is walking with a political limp. He still may be the favorite in the next GOP primary, but he is much weaker in the Party than he was before election night.

Second, it’s not all wine and roses for President Biden. If there was any other Democrat in the office right now there would be Democrats dancing in the streets, and the president would be on his way to a landslide second term. Based on history, it should have gone much worse for the president than it did.

But with his dismal approval rating and the fact that he will turn 80 this month, the clock is just ticking for him.A majority in his party said that they would prefer someone else to be the party’s next nominee.

There are already ads popping up in New Hampshire that says, “We cannot risk losing in 2024,” it is part of the “#DontRunJoe” campaign.

Third, the Democratic map did not expand across the country. The blue party had a good night, but their biggest loss was not with any of the candidates, it was in geography.

They defended significant parts of their 2020 battleground map, but the GOP wiped Democrats off of the map in Florida, Texas, and even Iowa.

DeSantis had the big red wave in Florida, Gov. Greg Abbott blew out Beto O’Rourke in Texas, and although it came late, every significant political position in Iowa went red.

The last thing that we learned from this midterm election is that it probably is going to be a rough two years for Kevin McCarthy and the Republican Party. There is a real divide within the GOP and getting them together will be no easy task.

Pete Giangreco, a longtime Democratic consultant said, “Once they’re in charge of something, they own it, and these Republicans are the most extreme political party in the history of the country, and they will do things like national abortion bans. These folks … they’re running every red light.”