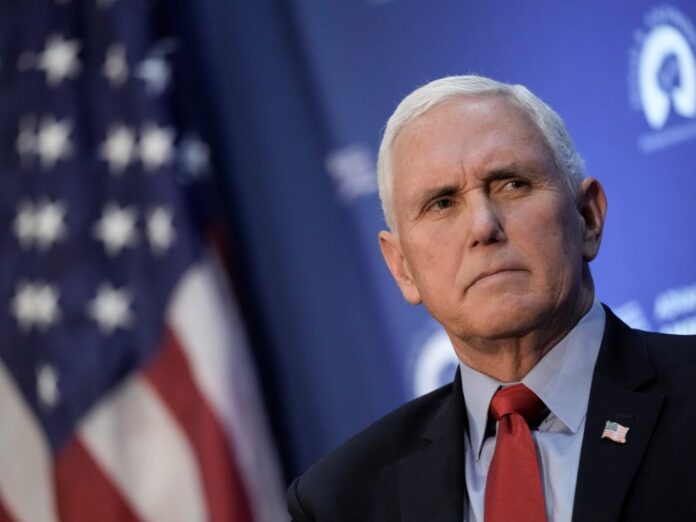 Pence said, “Let me just say that it was a great honor for me to be part of the Trump/ Pence administration. In four short years, we reviled the economy, unleashed American energy, appointed conservatives to our courts at every level. But in the end, our administration did not end well. And I write about that in my book. But, as I’ve traveled across the country over the last year and a half, one thing I’ve heard over and over again, whether it’s at the grocery store in Indiana or traveling around the country, is people want us to get back to the policies of the Trump/Pence administration.”

He continued, “They want to see America strong and prosperous in advancing the policies that we advance that left America more secure. And 7 million American jobs created. But the other thing that I’ve heard consistently is that the American people are looking for new leadership, leadership that will unite our country around our highest ideals, leadership that will reflect the civility and respect that most Americans have for one another.”

Pence added, “I think we’ll have better choices, better choices than my old running mate. I think that America longs to go back to the policies that were working for the American people. I think it’s time for new leadership in our country that will bring us together.”