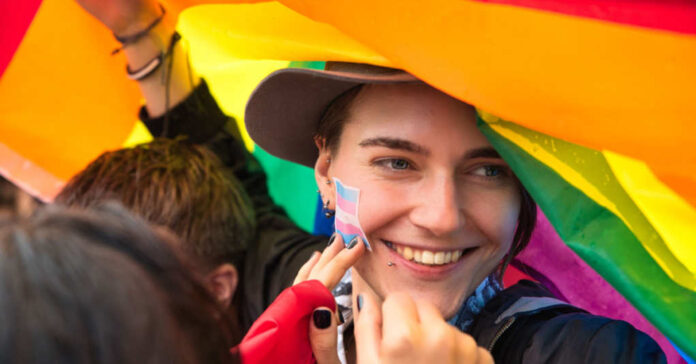 For a group of people who just want to be treated like everyone else, they have more demands than anyone else. And at Illinois State University, many of the students are demanding even MORE LGBT support. Counseling and safe spaces are no longer cutting it.

According to the school’s online paper, Vidette Online, an f-slur was painted on a sorority and fraternity house on campus. And it’s the “queer people” who feel as though they are the victims.

Those involved in the acts have been kicked out of the fraternity. But that’s not enough because some feel as though they have been deeply impacted. The editorial writes, “Homophobia should have no place at ISU. The individuals most impacted by the use of those slurs should feel safe on campus.”

In years past, this could be seen simply as a prank. However, we’re in 2022, and everyone feels as though they are entitled to everything.

An online appeal has started on Change.org, where an ISU student by the name of Jakai Martin is petitioning the school to make a few changes. The demands are on behalf of the gay, lesbian, bisexual, and transgender peers of the school The appeal identifies, “Recently, queer hatred culture on campus has reached an all-time high, and queer students are no longer feeling safe on campus.”

There are three demands:

More counselors so that students can take advantage of counseling services, including a telehealth resource
A safe space that is designated specifically for those who fall into the LGBTQIA+ community
A public apology from the university president, Terri Gross Kinzy, for neglecting queer students

Those within the LGBTQ+ community are the quickest to make demands when there’s even the slightest comment or action taken against them.

Kinzy has already posted a video where she talked about what happened on Greek Row.

“In recent weeks, people have reached out to express concern, fears, and anger in response to anti-LGBTQIA+ comments and actions. Let me be clear: These behaviors are the antithesis of the core values of this University.”

The president went on to speak about how she will be reviewing and investigating what happened and how there are services provided to students.

The video was posted on the 17th of October. The editorial was posted two days later – which proves that they are not happy with what the university has done and will continue to do. They want more.

There are already safe spaces. There are even prayer rooms and green rooms for silence and quiet reflection.

What the LGBTQ+ community wants is their very own spaces. And is that really fair? If they get MORE than any other group, how do they expect to ever fit in with society?

There’s over 2900 signatures on the Change.org initiative, but does that mean ISU will end up giving in? Most likely.