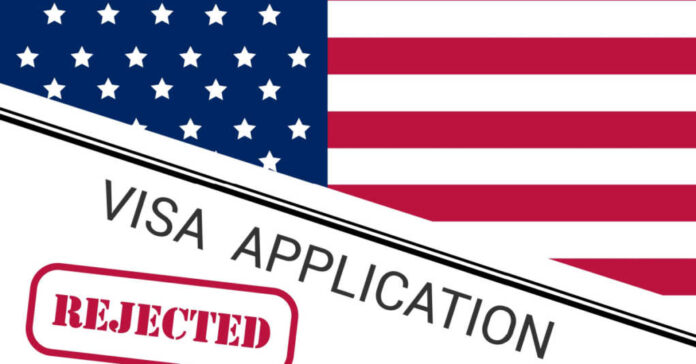 The H-1B visa scam has been crushing American wages for decades. This form of legal immigration allows companies to bring thousands of cheap foreign workers into the country, so they can compete with your kids for STEM jobs.

The tech sector in America is rampant with this garbage.

American graduates with STEM degrees can’t even get jobs in their home country these days because of the H-1B scam. And we’re about to see that problem get even worse now that the Big Tech social media bubble is popping.

When Americans are polled on immigration issues – legal and illegal – they say that we have too many immigrants coming in by a margin of about 70%. It’s one of the most bipartisan issues in American life, at least among all of us peasants out here in the real world.

President Trump, to his great credit, did everything he could to rein in abuses of the H-1B guest worker visa scam when he was in office. But as soon as the 2020 election was stolen from him, it was back to business-as-usual in the swamp.

A blueprint of how the Trump administration, with policy memos and EOs and without a single bill passing through Congress, tried everything in their power to make the life of high skilled immigrants harder. https://t.co/Jo8x3o1Oeq

The problem with so much legal immigration (never mind the flood of illegals for this discussion) is that we now import so many foreign workers that they have no need to assimilate into American culture.

Tech company Cisco is being sued by the Justice Department right now for this reason. They’ve imported so many H-1B software engineers from India that the workers have taken over the HR Department – and Cisco’s majority-Indian employees have implemented India’s caste system at the company.

We’ve never had caste systems in America, so it’s a concept that’s completely alien to us here. Caste systems are not even covered as a form of discrimination under American civil rights laws.

But the massive amounts of tech workers from India are imposing it anyway. H-1B immigrants from the “untouchables” class in India have been – allegedly – ineligible for promotions at Cisco.

And here we go again. The recent tech layoffs are about to crush American STEM graduates even further, thanks to the H-1B visa scam.

Election meddler and Meta/Facebook founder Mark Zuckerberg has laid off 11,000 workers from his flailing company. Elon Musk has fired about 3,500 Twitter employees and approximately 5,000 contractors. That’s roughly 19,500 workers, and a huge percentage of them are no doubt H-1B visa holders.

When a person gets an H-1B visa, their employer is their sponsor for them to come into the country. If they lose their job, they have 60 days to find a new job sponsor, or they get deported. Not that Joe Biden will likely deport any of them.

Thousands of these foreign tech workers with Twitter and Facebook/Meta on their resumes are now going to be competing with American STEM grads who already faced an uphill battle trying to find a job in their chosen field.

More than 50% of American STEM grads can’t get STEM jobs, according to many of the latest surveys. In their own country!

And the reason is that Big Tech companies are allowed to bring in dozens of cheaper foreign workers for the price of what it would cost to hire one American software engineer.

The problem with the Facebook and Twitter layoffs is that there aren’t that many STEM jobs left out there, to begin with. These thousands of workers are going to be willing to work for peanuts because a job is what allows them to stay in the country.

Sixty days from now, it’s going to be interesting to see the excuses that Joe Biden comes up with for not deporting all these out-of-work, former H-1B holders who are in violation of the terms of their legal immigration contract.