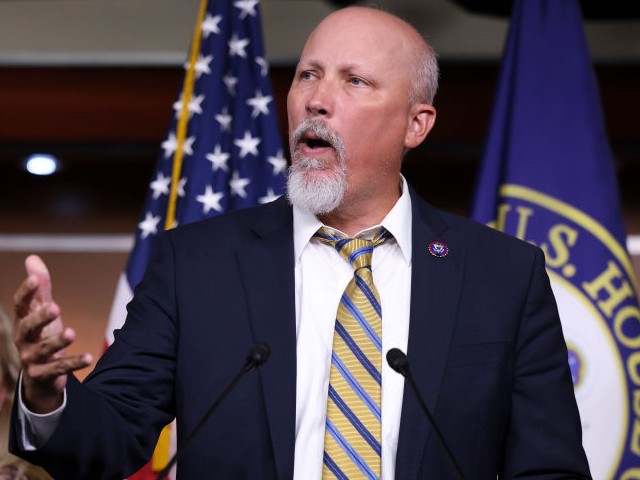 “I think it’s important to know the extent to which this administration … has weaponized the federal government against the American people,” he said on a panel discussing how the new Congress can conduct oversight over the regime. “It ain’t enough to have some hearings and call some people in and yell at them.”

“The American people need to see a lot of the things that they have not been seeing, but then you need to connect that with the actions of government,” he continued before listing examples of the weaponization of government that make him “want to burn the place down.”

Hosted by the Claremont Institute Center for the American Way of Life, Roy was joined on the panel by Center for Renewing America president and former Director of the Office of Management and Budget Russ Vought.

Republicans in the House need to make clear the “extent to which the agencies are now weaponized against the country itself.”

“So this is not just the Environmental Protection Agency spending money for clean air and clean water,” he continued. “It’s not, it is a Environmental Protection Agency that puts Joe Robertson, a 77-year-old Navy veteran in jail for 18 months of his last time in life for building four ponds on his ranch in violation of waters of the United States.”

“It’s not just the FBI, it’s all of them,” he said. “We’re talking about defunding a part of an agency so that it goes away if it’s been proven to be orchestrated against the American people.”

Much of the issue for Republicans is going to be not only exposing the federal deep state but also making the pertinent connections between federal action and its detrimental effect on the American people, displaying a tyrannical use of power.

Roy went on to use the example of the federal response to the coronavirus pandemic.

“Some people want to memory hole COVID,” he said. “I do not. It is one of the biggest travesties that has occurred in the history of Western civilization in this world.”

“What unfolded with the power of government being used and weaponized against the American people to get a needle jammed in your arm by the power, the demand of the federal government, while Pfizer and Moderna make $100 billion through those mandates while our men and women in uniform getting fired for daring to say, as a healthy 21-year-old male, ‘I don’t want to have a needle stuck in my arm,’ and then has to get not dishonorably discharged, but just discharged,” Roy explained. “That’s just wrong.”