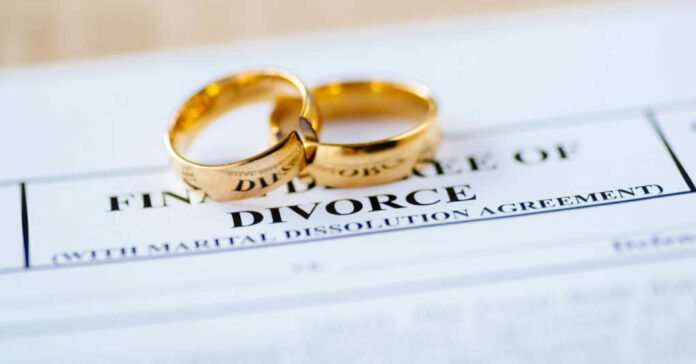 Many people see divorce as a sign that things must have been horrible in that marriage for a long time. From failed promises to cheating to mismanaging money, people who divorce usually have a laundry list of problems they tried to work through in the eyes of outsiders.

With the 25-39 age range making up the biggest percentage, with 34 for 1,000 marriages ending in divorce, they would be right.

Decades ago, many women would stay in unhappy marriages for financial security. They lacked options and assistance to help them to support themselves, and a child just wasn’t there. Now, many women in their 50s and 60s have saved a nest egg and feel secure in walking away.

Those who choose to walk away are now doing so for different reasons. Galena Rhoades, Ph.D., a research professor in the University of Denver’s psychology department, explained the change in divorce trends. “Oftentimes, what we see among retirees is ​that ​it’s typically not about conflict. The reason for divorce is lack of positives.”

While many in the younger age brackets can say the same, lost intimacy or eroding friendship is not as prevalent for reasoning as it is in older generations. The more seasoned marriages have already had their share of conflict and survived it.

The disagreements about how to raise kids or even if they should have them are long gone. So are the arguments about career choices or money.

Instead, they struggle to establish identities as a couple and individuals in their now suddenly childless homes. Seeing yourself as a parent who isn’t actively guiding their children in life is a tough transition for every adult, and as a result, many don’t make it.

Leaving a career for retirement or making a downshift into a less demanding role means many are around the house more, and those aggravating traits become impossible to ignore.

Some still choose to remain married but simply transition into roommates. This removes the financial liability stress, and many even start dipping their toe into swinging to maintain their requirement for physical intimacy.

While this can have problems, too, many find that talking openly and honestly about their needs and wants helps them to establish a much more satisfying part of life in their golden years.

Naturally, this has turned into a huge boom for the therapy industry as many people are willing to try anything to save their marriage. In their eyes, people need something special to work toward, and they need to be reminded of the possibilities out there.

Most therapists are recommending they take two simple steps.

Work on solutions together. Couples who see things for what they are and work towards a common goal are more successful at fixing their marriage than those who don’t. Of course, both couples need to be willing to be vulnerable and open about what they want, but it helps greatly.

Replacing negative intentions with positive ones. By getting to a ratio of five good incidents to every negative one, many couples find themselves able to fix their relationship and get back to what made them fall in love in the first place. It’s a good thing for them, their families, and the economy.

People are starting to wake up to the realities of life. They now know just how badly they left themselves out to dry by staying in unhappy marriages and being unsatisfied in their lives. Just like leaving a bad job, divorce is rough.

For many, though, it’s exactly what they need to enjoy their life. Worked wonders for President Trump and many others.