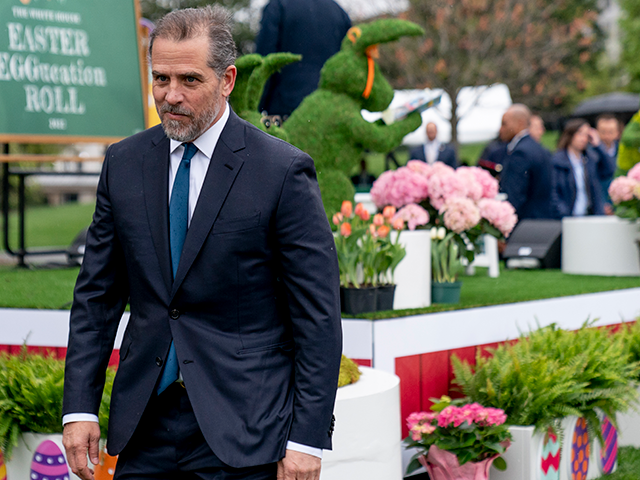 “With respect to China, since Joe Biden’s been president, that we didn’t even talk about in the press conference, was the fact that Hunter became an artist for a week, if you’ll remember, and he sold some very expensive artwork,” Comer prefaced, noting his Thursday press conference in which he said the Biden family will be investigated for nine potential violations.

Hunter has reportedly sold five paintings worth $75,000 each to an anonymous buyer. Hunter’s art dealer, Georges Berg?s, has previously boasted he had strong ties to businessmen in Communist China, which has concerned many due to the Biden family’s business ventures abroad.

“We are 95% sure that that artwork went to China,” Comer said. “We don’t know where exactly that went to in China, but we’re going to try to find out when we get subpoena power.”

Former White House press secretary Jen Psaki has defended Hunter’s art scheme and his contact with potential “anonymous” art buyers as “reasonable, claiming Hunter “is not involved in the sale or discussions about the sale of his art,” and that Hunter will not be “informed” of “who is purchasing his art.”

The newly Republican-controlled House will have the power to compel testimony from key individuals, including Hunter, to reveal just how deep Joe Biden’s involvement in the family business is.

Comer gave a second example of potential Biden family wrongdoing while Joe Biden was president, citing the president’s policy decision to sell the Strategic Petroleum Reserves to China, which Comer suspects involved CEFC, a defunct Chinese energy company. Hunter had been trying to work a deal with the CEFC in which Joe Biden would receive a ten percent equity stake in the deal, according to whistleblower Tony Bobulinski.

“He sold the strategic reserves to a Chinese energy company,” Comer said. “We believe that parts of that energy company were the remnants of the CEFC.”

“We have plenty of quality whistleblowers that were on the inside,” Comer said, probably eluding to Bobulinski. “They were president of his company. They were, you know, business partners,” he said. “So we have that. We believe that some of the former owners of CEFC were part of this group that purchased oil from the oil reserves.”

Comer then slammed Joe Biden for potential wrongdoing with China while not raising pressing concerns about China’s role in failing to police the sale of fentanyl components.

“Joe Biden goes to China and he never mentions fentanyl, which has killed one hundred thousand people since he’s been president. He never mentioned a lot of the unfair trade practices that our manufacturers have, the fact that China is stealing our patents and our trademarks,” he said.

“This looks like a president who’s compromised by China. And you look at some of what little bank records we have, and Hunter Biden’s received millions of dollars from China. So this is worthy of an investigation,” he concluded.

In 2018 and 2020, Breitbart Senior Contributor and Government Accountability Institute President Peter Schweizer published Secret Empires and Profiles in Corruption. Each book hit #1 on the New York Times bestseller list and exposed how Hunter Biden and Joe Biden flew aboard Air Force Two in 2013 to China before Hunter’s firm inked a $1.5 billion deal with a subsidiary of the Chinese government’s Bank of China less than two weeks after the trip. Schweizer’s work also uncovered the Biden family’s other vast and lucrative foreign deals and cronyism. Breitbart Political Editor Emma-Jo Morris’s investigative work at the New York Post on the Hunter Biden “laptop from hell” also captured international headlines when she, along with Miranda Devine, revealed that Joe Biden was intimately involved in Hunter’s businesses, appearing to even have a 10 percent stake in a company the scion formed with officials at the highest levels of the Chinese Communist Party.