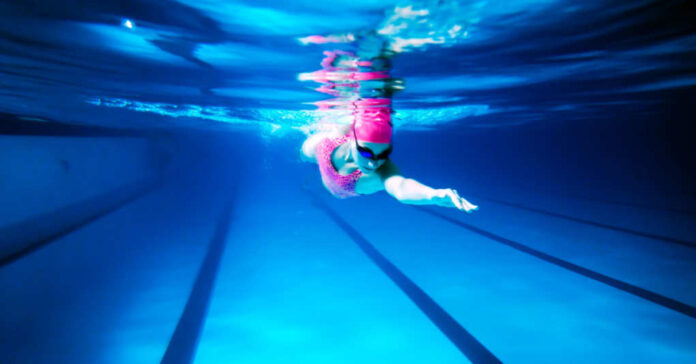 Former Olympian-turned-actress Genevieve Florence was injured by the COVID shot. Like millions of Americans and Europeans, Florence was coerced into getting the shot. She was forced to choose between injecting an experimental mRNA medicine in her body or having her career destroyed.

And from the moment of her first Pfizer injection, Florence has regretted the decision because the “vaccine” nearly killed her. Florence is just one of the people who tells her heart-wrenching story in the new documentary “Safe and Effective: A Second Opinion.”

Immediately after receiving the shot, the healthy and fit 24-year-old former Olympian got sick and continued to worsen for several weeks.

Genevieve Florence is British and was raised as a military brat. She took to swimming at a young age and was chosen for the Great Britain Artistic Swimming team at age 15. She made Team GB and competed at the European Olympics. She’s a young, fit, and healthy person who was at no risk whatsoever from COVID.

In a worst-case scenario, she might have gotten the sniffles and a fever for a day or so if she caught the coronavirus.

In her post-Olympic efforts, Florence has been pursuing a career in acting. The government imposed an industry-wide vaccine mandate for anyone working in film in 2021. No shot, no job. So, she took the shot, even though she had misgivings about it.

Florence says her negative side effects immediately kicked in.

She suffered heart arrhythmia, pounding headaches that made her dizzy and prevented her from walking a straight line, exhaustion, brain fog, chest pain, and burning sensations. She couldn’t cook or take care of herself. She went to the hospital and was told she was having panic attacks. It was just “anxiety,” so she should buckle up and get back to work.

She then collapsed on set and was rushed to the emergency room. A medic initially told her something was wrong with her heart. But after she noted that her symptoms started immediately after vaccination, she was again told it was “anxiety.”

She posted photographs on her Twitter account in June of 2021 when her smart watch recorded her pulse jumping up to 140 beats per minute after taking just five steps. She had to crawl around her apartment to reach the bathroom, but her doctors kept telling her it was all in her head.

Florence then went through months of hell. She became physically non-functional, she was out of work and contemplated suicide. A friend finally recommended that she pay a visit to a private cardiologist, so she did.

That doctor confirmed that Genevieve had suffered massive heart damage as a result of her COVID vaccination. He put her on a regimen of heart medications that kept her condition under control, and she was finally on the way to recovery.

She even landed a role in a big upcoming film. But she never took the second COVID shot. After the first shot almost killed her, and her cardiologist confirmed that it was the vaccine, she was granted an exemption from getting fully vaccinated by the UK’s National Health Service.

That wasn’t good enough for the film industry in Britain, though. She was fired from the role because she was not double-jabbed.

Genevieve Florence is now out of work and broke. Millions of Americans and Europeans have been hurt by the mRNA shots. Some are not injured as badly as Genevieve. Some are even worse, and some have died.

Yet Western governments continue to pretend that the vaccine injured do not exist. They’re told that they have “anxiety”, or their symptoms are all in their heads.

This is why there needs to be a reckoning when it comes to the people who did this. The vaccine mandates were always immoral and unethical, and probably illegal. There need to be public trials and long jail sentences for the people who mandated these experimental shots.