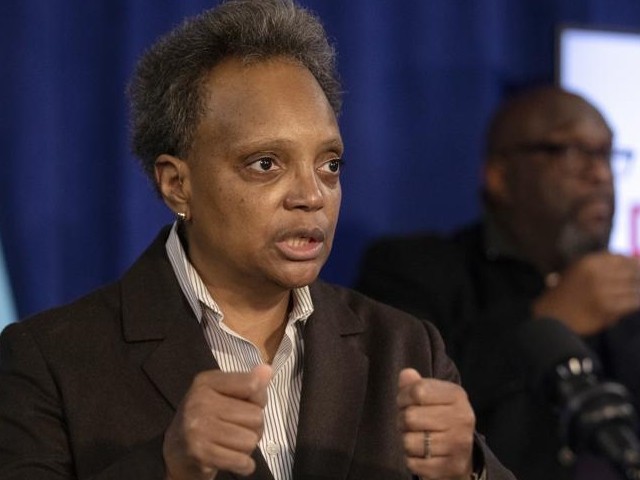 ABC 7 / Chicago Sun-Times reports the weekend’s first shooting fatality occurred Sunday around 5:30 p.m., when a 31-year-old man was shot in the armpit while sitting in a parked vehicle “in the 3100-block of West Madison Street.” The shots came from someone in another vehicle who opened fire while driving by.

The 31-year-old was taken to the hospital, where he died.

The next two shooting fatalities occurred in another drive-by shooting at 11:40 p.m. Sunday. A 15-year-old girl, a 44-year-old man, and a third person, were standing on the sidewalk “in the 5800-block of West Augusta Boulevard” when someone in a passing vehicle opened fire. The 15-year-old girl and 44-year-old man were both shot and killed.

Breitbart News notes 27 people were shot last weekend in Lightfoot’s Chicago, and six of those shooting victims succumbed to their wounds.