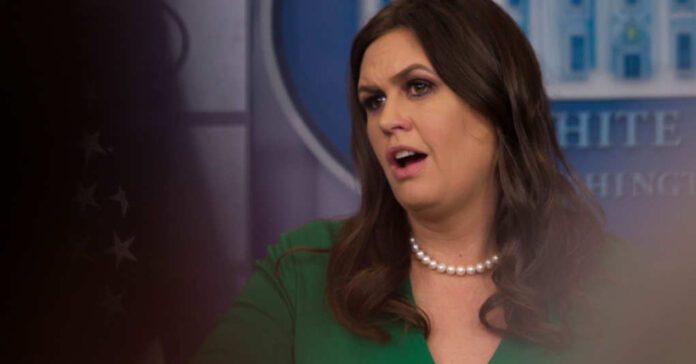 It is interesting what has gotten the headlines from this recent midterm election. After a week of trying to digest all of the details nationwide, after waiting with great patience for ballots to be counted, we have focused on establishing blame for the outcome that surprised most of us.

Some believe it’s Trump’s fault, others are blaming the GOP establishment like McConnell. And still, others focus on the whole Republican Party.

No one seems to be focusing on some really good news for those on the right, and here it is: Sarah Huckabee Sanders and Leslie Rutledge became the first two women in U.S. history to be independently elected governor and lieutenant governor of the state of Arkansas.

This is big news, and it deserves to be celebrated by more than just the proud dad of the new governor, former governor of Arkansas, Mike Huckabee.

He had a moment of pride on his show last week, where he congratulated his daughter and Rutledge on their history-making night. Rutledge had to point this history out while she was on Fox News,

“Together, Sarah and I will be the first independently elected female governor and female lieutenant governor, ever, in the history of the United States. And I’m excited to do it with a longtime friend of mine, Sarah Huckabee Sanders.”

Curtis Houck from “Newscasters” put some light on the media silence on this great occasion: “Here’s something the liberal media WON’T (and haven’t) told you about the midterms — Arkansas’s @SarahHuckabee Sanders and @LeslieRutledge will be the first independently elected female governor and lieutenant governor in U.S. history.

DISGRACEFUL this never came up!”

Here’s something the liberal media WON’T (and haven’t) told you about the midterms — Arkansas’s @SarahHuckabee Sanders and @LeslieRutledge will be the first independently elected female governor and lieutenant governor in U.S. history.

DISGRACEFUL this never came up! pic.twitter.com/JAzZhBEBF8

There’s no doubt he is right, so why is this being ignored by the media?

It’s hard not to assume that the answer to this is that it was done by two Republican women. And it seems that when GOP women succeed, it just doesn’t count with the established media. They choose just to mock them instead of celebrating their accomplishments.

What may be more troubling is that conservative media did not really even notice the historic accomplishment in Arkansas. There is hardly a reference to it in the GOP’s main Twitter feed over the last week. And there isn’t even a reference to it from the Republican Governors Association.

The one group that did notice the accomplishment was the non-partisan Center for American Women and Politics. They are located at the Eagleton Institute of Politics. They track women’s political participation in the United States.

Chelsea Hill, data services manager for the Center for American Women and Politics, wrote about Rutledge, noting that her victory combined with Republican Sarah Huckabee Sanders’ gubernatorial victory marks the first time in U.S. history that women have been elected governor and lieutenant governor.

Somebody from the right should be announcing the gains we are making with women and especially conservative, suburban women across the country. They are an important part of the GOP political landscape in America, and we need more encouragement from the rank and file now and in the future.