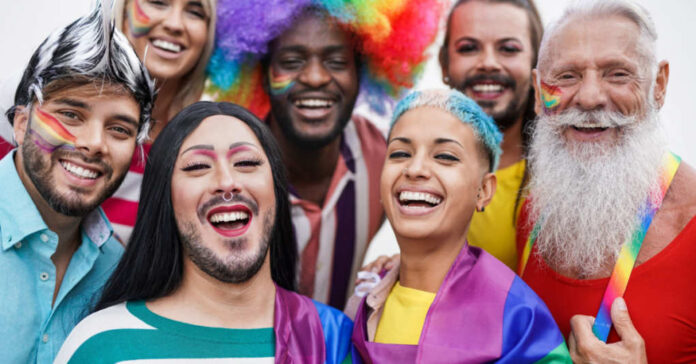 Transexuals continue to garner significant concern from Democratic politicians even though they only represent a small sliver of the population.

Here’s a prime example, San Francisco Democratic Mayor London Breed is watching her city face a 7.4% increase in violent crimes and the city is seeing massive homelessness. So what is the mayor focused on?

Mayor Breed has kicked off a new guaranteed income program for those who identify as members of the opposite sex.

You’ve got to be kidding.

Breed announced the “Guaranteed Income for Trans People” (GIFT) program on Wednesday, and she proudly claimed that “our trans communities experience much higher rates of poverty and discrimination, so this program will target support to lift individuals in this community up.”

Breed may have been using a popular but outdated seven-year-old survey backed by transsexual activist groups. They used the survey to challenge that 33% of transsexual Californians lived in poverty, which is almost three times the normal poverty rate of the general population.

And just like that, the city has now allocated $2 million over two years for GIFT, which will provide 55 low-income transsexuals with $1,200 every month for up to 18 months.

This is even better than typical government handouts. The cash designated for this group of qualifying transsexuals is unconditional. That means it can be spent on anything, including drugs and alcohol. Nobody has to report anything about the spending of this handout.

KRON4 News reported that the program will provide those in the program with “direct services” such as “gender-affirming” medical care (i.e., hormone therapy, genital mutilation, hair removal, and prosthetics), mental health care, and financial coaching.

The program is a new partnership between the Transgender District Lyon-Martin Community Health Services and the City and County of San Francisco. They will be accepting applications for the money from mid-November to mid-December. You can qualify if you are 18 and identify as “transgender, nonbinary, gender non-conforming, or intersex.”

And here’s another kicker, just like other handouts from this city in the past, the GIFT program prioritizes applicants based on their race and noncitizen status.

The GIFT website is clear: ”The program will prioritize enrollment of Transgender, Non-Binary, Gender Non-Conforming, and Intersex (TGI) people who are also Black, Indigenous, or People of Color (BIPOC), experiencing homelessness, living with disabilities and chronic illnesses, youth and elders, monolingual Spanish-speakers, and those who are legally vulnerable such as TGI people who are undocumented, engaging in survival sex trades, or are formerly incarcerated.”

Did you get that?

It was in September 2020 that the Democrat mayor began the “Abundant Birth Project,” a pilot program that gave income to pregnant women based on their faces. One hundred and fifty Black and Pacific Islander women in San Francisco got $1,000 a month for the duration of their pregnancy and the first six months of their baby’s life.

It focused on the needs of those serving cultural populations that are the most vulnerable—black, indigenous, immigrant, trans, and people with disabilities.

And in March of 2021, the city went further with its “Guaranteed Income Pilot for Artists,” which gave economically noncompetitive San Francisco artists $1,000 a month for six months to be used for whatever they liked.

In all these handouts, race was a determining factor in eligibility.

The GIFT program is presently a pilot program, but pending funding availability, the city may maintain the giveaway.