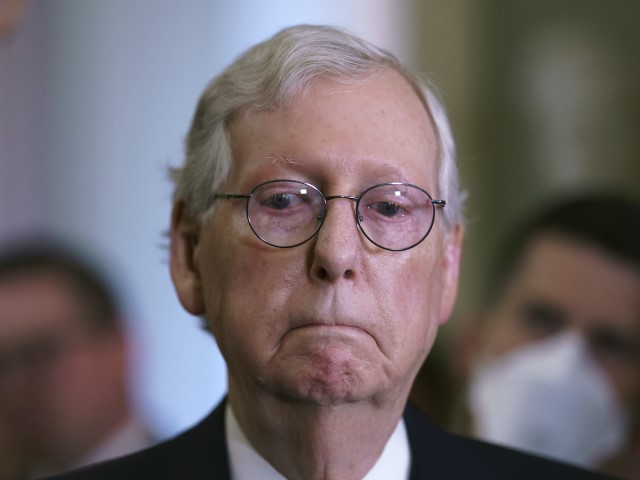 Additionally, an unsurprising majority of Democrats (58 percent) felt the same way, in addition to 63 percent of voters not affiliated with any party.

Overall, there was only 28 percent of voters who said they had a favorable impression of the minority leader, with only five percent of that being a very favorable opinion of him. This is down from the already low 31 percent who viewed McConnell favorably in August.

The poll also found that supporters of President Joe Biden, a Democrat, are less hostile to the Kentucky Republican than other surveyed voters.

Of those who strongly supported Biden, 51 percent said they wanted Senate Republicans to choose a new leader, compared to 69 percent who wanted a new leader who strongly disapproved of the president’s work performance.

The poll showing Republican voters want the Senate GOP to ditch McConnell comes shortly after he won reelection as Senate GOP leader. However, ten defectors voted against McConnell and for challenger Sen. Rick Scott (R-FL), with one senator voting present.

As Breitbart News previously noted, the ten votes against McConnell marked the first time he received a “no” vote as leader, ultimately a sign that the senators are starting to turn away from his establishment agenda.

The Rasmussen Reports poll was conducted from November 20 to 21, with 1,000 likely voters in the U.S. being surveyed overall. The poll had a three percent margin of error and a 95 percent confidence level.